Titian’s masterly Poesies are united for the first time at the National Gallery, and Waldemar Januszczak is awestruck 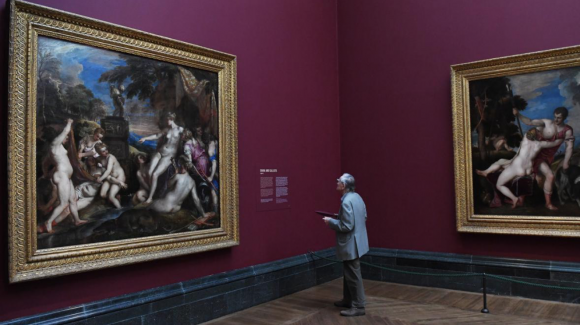 Unfortunately, the National Gallery has closed until May 4. As Titian keeps pointing out in the seven great paintings that have been assembled, somewhat miraculously, in London, when the gods choose to be nasty, they can be really inventive. For now you will have to imagine what I am about to celebrate. Apologies.

Titian: Love, Desire, Death is at the National Gallery, London WC2, until June 14; the gallery is currently planning to reopen on May 4