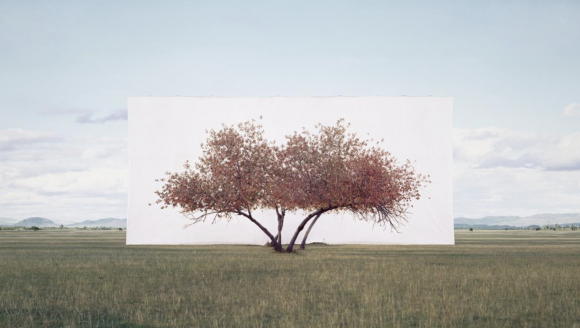 At the start of the year, the art world announced that it was going to make the issue of climate change central to its ambitions for 2020. Various art world institutions piped up with news about carbon cutbacks and less toxic travel. The director of the Serpentine Gallery, Hans Ulrich Obrist, insisted that he was going to reduce the international jetting about that had earned him the unfortunate nickname of “Herr Airmiles”. And over at the Hayward Gallery, they disclosed that their big spring show was going to be about trees.

Had this been another of our public galleries announcing a show about trees, I would have allowed myself an inner cheer. Good subject. Pertinent subject. Brave subject. But this was the Hayward. Its director, Ralph Rugoff, studied semiotics at university, not the history of art. A Rugoff show about trees was a proposition as tangled as a bramble bush. And so it turned out.

One thing Among the Trees is not is an event with obvious climate change ambitions. If Greta Thunberg wandered into this nocturnal forest of looming, bleeping, photography and video art, she would quickly turn on her heels and scarper back to Scandinavia. What a lot of technology. At the end of the first vista, the Finnish artist Eija-Liisa Ahtila confronts us with a six-part video of a life-size fallen conifer. I repeat. Life-size. Unable to fit this massive multipart video into the gallery vertically, Ahtila has tipped it on its side to create a horizontal electro-conifer that stretches across the entire Hayward. 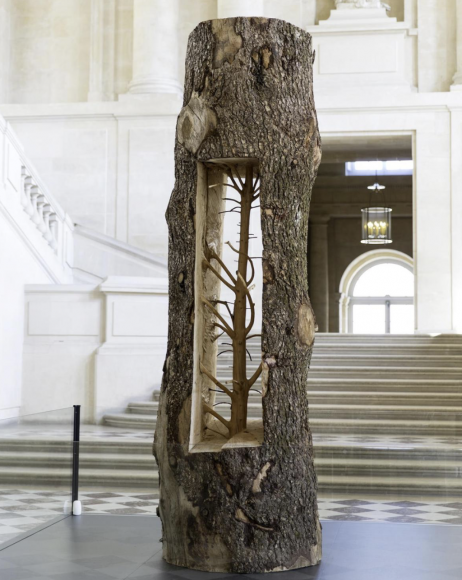 Upstairs, filling a room the size of a small oil tanker, the American installation artist Jennifer Steinkamp gives us an enormous computerised animation of a row of trees fast-forwarding through their annual life cycle in a couple of minutes. Buds appear. They turn into leaves. The leaves turn yellow. They fall off. The buds appear again. It’s an ingratiating piece of motion computerisation — who doesn’t love the passage of the seasons? — but I wonder how large a carbon footprint was involved in making it, selecting it, flying it over and installing it?

This lack of self-awareness is a feature not just of this show, but of the art world’s general reaction to climate change. I hate to think how many international visits, how many biennales, how much transportation and electricity were needed to create Among the Trees. Its artists come from Cameroon and Japan, South Korea and China, Colombia and South Africa, with a dominant number from Rugoff’s home nation of the USA. A few British artists are involved as well, but they’re hard to spot. Shouldn’t a show responding to climate change issues have tried harder to source local art?

So that’s one set of problems. Another concerns the symbolic role of the tree in the show. What does it stand for? What point is it seeking to make? It’s certainly true that trees have a long and powerful history in art. As connectors of the earth to the sky, they play a sacred role in every religion, from the pagan importance of Yggdrasil, the giant tree of life in the Norse sagas, to the Christian Tree of Jesse. For the Romantics, such as Friedrich, the tree was a religious emblem: Christ’s cross waiting to happen. For the impressionists, they were an outdoor alternative to the city; a breath of fresh air. Van Gogh painted a few that feel like self-portraits; the tree as a twisted, knotted survivor against the elements.

There is no reason why the present show needed to walk us through all of that, but it should certainly have attempted something more informed than the loose semiotic hopping from branch to branch that we get instead. The opening series of photo-works is keen to emphasise the wild and untrammelled nature of trees: their uncontrollable growth in all directions. Thomas Struth confronts us with a view of the forest floor in Yakushima in Japan: covered in moss, tangled, prehistoric in mood. His next photo, of Xi Shuang Banna in China, looks down on an overgrown valley packed with restless vegetation. Meanwhile, Shi Guowei, who actually is from China, jets back to Kyoto, to record the beautiful Japanese canopy as it turns yellow for autumn. So, plenty of airmiles in a bucket-list beginning.

Arranged in clusters, these opening artworks are trying, I suppose, to evoke a sense of wandering through a forest, where we feel the excitement of discovery, but also the trepidation of the unknown. Whatever you do, Greta, don’t come in here in your red riding hood! The most solid — and most woody! — contribution is by the Italian sculptor Giuseppe Penone, who has carved into a huge piece of industrial timber, removing ring after ring of natural growth, to reveal a tree within a tree: the skeletal arrangement of trunk and branches that lies at the heart of every Yggdrasil. Gimmicky, but effective.

By beginning with a sense of the forest as a lurking danger, the show immediately displays its townie roots. Among the Trees is never an exhibition about the smell or beauty of the forest, about the sanctity of wood or the usefulness of timber. Instead, the entire event seems to speak of a separation that has occurred between the world of nature and the world of art.

Having commenced with the mildly spooky atmosphere of the forest, the display ahead seems never again to be about anything affirmative. We get lots of pictures of trees, followed by more pictures of trees, some sculptures of trees, with some videos of trees. But in most of these multimedia examinations, the tree’s role is to be something over there; something we are not. In the slippery semiotics of the Hayward world-view, it represents the “other” — the unknowable, the unreachable, the lost. Thus a show that is supposed to be about nature ends up being all about us. It’s another form of lumberjacking. And it doesn’t help the poor old tree one little bit.

Fortunately, Tate Britain has the perfect antidote to the crazy airmiling and frantic finger-crossing of Among the Trees with an elegant retrospective of the work of Aubrey Beardsley (1872-98). Despite dying at the absurdly young age of 25, Beardsley managed to pack in a career that was not only massively productive, but which appeared also to sum up the times in which he lived. As much as Oscar Wilde, he was the face of English “decadence”, that tremulous art moment when the Victorian era grew suddenly outrageous, like a drunk falling off the wagon.

Working almost exclusively in black-and-white, chiefly as an illustrator of other people’s writings — Malory’s Le Morte d’Arthur, Wilde’s Salomé, Pope’s The Rape of the Lock — Beardsley invented a graphic style so immediately striking, so immediately his, that at the far end of the show, in a section devoted to his impact, he pops up as an influence on the 1960s album covers of Procol Harum and the recent cartoons of Gerald Scarfe. 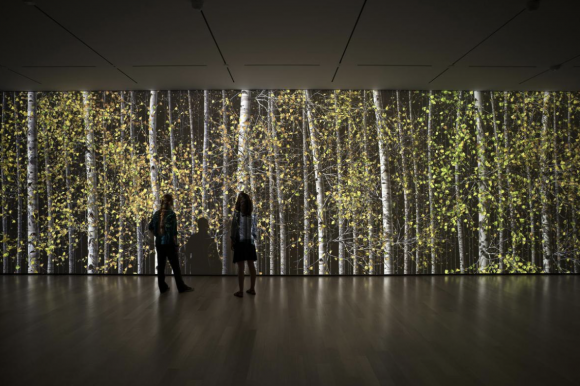 What’s fascinating is how much of the distinctive Beardsley style was originally borrowed from the example of others. He started by mimicking the ye olde round table fantasies of Burne-Jones and the pre-Raphaelites, but quickly outgrew them (Le Morte d’Arthur). Japanese prints had a huge impact on him, but he was unusual in genuinely transforming them (Salomé). He liked naughty Greek vases, the posters of Toulouse-Lautrec and fin-de-siècle French pornography, but managed to turn all of them into something unmistakably his own (Lysistrata). And boy did he boast the confidence of youth. Only Beardsley could have got away with Lysistrata Shielding Her Coynte.

Tate Britain tells his story with a spectacularly complete selection of original drawings, interspersed with beautiful examples of the images when published. It is to Beardsley’s credit that he was able to foresee so clearly the effect of his work in print. There are plenty of examples where the printed imagery packs more punch than the sketches.

Prettily installed in darkly coloured rooms with hints of mock-decadent curtaining, it’s a relentlessly engrossing display, with surprising moments of extreme naughtiness. Now I know what fin-de-siècle curtains are for!

Among the Trees, Hayward Gallery, London SE1, until May 17; Aubrey Beardsley, Tate Britain, London SW1, until May 25