Waldemar picks his highlights from the past decade 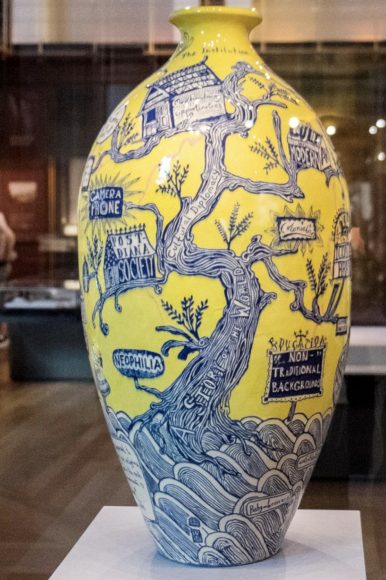 Two big turnarounds have defined the art of the 2010s. The first is the enlarged presence of the feminine voice. The second is political homogenisation, the sense that everyone around the globe has attended the same art school.

On the issue of women, the evidence is striking. In the first 25 years of the Turner prize, there were three female winners. Since 2010, there have been six, plus two group winners. Just two male artists. A similar process at the Venice Biennale has seen Britain represented by women at the past three. Since 2017, the director of the Tate has been Maria Balshaw. The director of Tate Modern is Frances Morris. So that’s game, set and match to the feminine voice.

The increased politicisation of art, and the aesthetic homogenisation that accompanies it, was most evident at the 2015 Venice Biennale, where the main exhibition, All The World’s Futures, was centred on the uninterrupted reading of Karl Marx’s Das Kapital — for seven months!

My art shows of the decade

2010 The Turner prize was won by Susan Philipsz, ushering in a decade of female success.
2011 Grayson Perry’s fabulous show at the British Museum brought together the past and the present.
2012 Jeremy Deller at the Hayward Gallery was a compelling mix of art, morris dancing and social history.
2013 The Venice Biennale, with the theme The Encyclopedic Palace, presented a startling selection of outsider art.
2014 Ai Weiwei at the Yorkshire Sculpture Park, where hardcore Chinese politics met the sweet sheep of the north.
2015 Banksy’s Dismaland, created in secret in Weston-super-Mare, was brilliantly cheeky and absurdly popular.
2016 Can’t decide between Abstract Expressionism at the RA and Maria Lassnig at Tate Liverpool. A great year for art.
2017 Rachel Whiteread at Tate Modern gave us a beautiful mix of minimalism and sentimentality.
2018 Charles I at the Royal Academy was probably the finest selection of Old Masters I have seen in a single show.
2019 Lee Krasner at the Barbican: so good, so full of surprises. Edges out Gauguin’s Portraits at the National Gallery.