Tehran’s gleaming tombs and Isfahan’s soaring madrasas barely scratch the surface of the Iranian contribution to culture. By Waldemar Januszczak 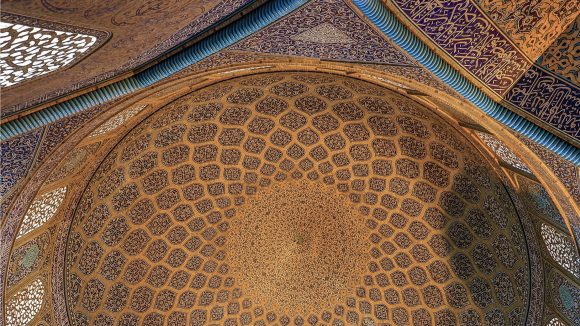 “If I don’t enjoy myself now, when shall I?” — Omar Khayyam.

During the First World War, British troops would march into battle — or, rather, crawl into battle — with a copy of the Rubaiyat of Omar Khayyam in their pockets. They found it comforted them and put things in perspective. They didn’t know what a rubaiyat was. Who does? They didn’t know much about Persian poetry. But Khayyam’s beautiful thoughts touched a chord that was universal. So they read him. And they marched to their deaths with an atom of hope in their hearts.

A rubaiyat is actually a traditional Persian verse form consisting of four lines, usually rhymed AABA. Back in the Noughties, when I was making a television film about Islamic art for Channel 4 called Paradise Found, I read out some Omar Khayyam in front of the tomb of the Ayatollah Khomeini at the Behesht-e Zahra mausoleum, just south of Tehran. As you’d expect from a piece of Islamic architecture, the acoustics inside were excellent, and my words rang out across the prayer hall, clear as a bell. “Drink!” I thundered, remembering some of my favourite lines of Khayyam, “for you know not whence you came, nor why; Drink! for you know not why you go, nor where.”

A couple of giggling kids who had been playing tag outside the ayatollah’s spooky green-glass sepulchre came tumbling across the carpets to quiz me, as kids do. “Lon-don?” they chanted happily. “London,” I nodded.

I remember it here because the year in art has had such a weird beginning. At least I think it’s weird. Maybe I’m the weird one? Perhaps it’s normal for the president of the United States to go on Twitter — Twitter! — and announce that he’s ready to bomb 52 sites, including some of “very high level” cultural importance to Iran, as recrimination for any Iranian retaliation for the killing of General Qassem Soleimani. “Very high level”: that’s the ayatollah’s tomb gone, for sure. And Sheikh Lutfallah Mosque, in Isfahan. And the Khwaju Bridge. Maybe even the tomb of Qabus ibn Wushmagir, in Gonbad-e Kavus. If cultural importance is the criterion for destruction, then, let’s face it, the president is spoilt for choice.

Even if he stuck to Persian carpets, narrowing down the important ones to 52 would be a challenge. As Omar Khayyam noticed back in the 11th century while wandering about the cradle of civilisation, solving cubic equations and providing geometric solutions by the intersection of conics, because he was a mathematician before he was a poet: “He who has one enemy shall meet him everywhere.” How very true.

It was my mum who introduced me to Persia, as she still called it, because it came to be known as Iran only after 1935. She was there in 1942, after the Russians had changed sides and released some of the Polish prisoners they had sent to labour camps in Siberia after the invasion of Poland in 1939. My mum was sent to Siberia in a cattle truck. She was 14, one of the 1.7m Poles deported by Stalin because they were “enemies of the people”. She survived on a slice of black bread a day, and when that wasn’t available, she chewed tree bark. The rest of the time she worked in the tundra, cutting down bushes and gathering wood. Eight of her family were transported to Russia. Four of them survived. And that’s when she found herself in Iran.

In 1942, after Hitler had attacked his former ally, Stalin set free some of the imprisoned Poles, including my mum, who was packed onto a train to Krasnovodsk — “red water” in Russian — then boated across the Caspian Sea to Iran. Her favourite story about “Persja” was the one about being able to fry eggs in the afternoon by cracking them on a rock. After the black bread, the lice, the subzero tundra, Iran was warm and welcoming. When the Poles arrived in Tehran, the locals threw things at their train. At first they thought they were stones. But they were actually sweets in wrappers, and small packets of food. My mother never forgot the Persians and their kindness to her.

So, when I got there, on the trail of Islamic art, determined to film the best of it and failing because there was so much, I parked that ambition for a day and visited the Polish Cemetery. It’s the biggest collection of Christian graves in the city. Most of its inhabitants had never recovered from what the Russians did to them. Some liked Iran, so they’d stayed and died there. All were laid out under flat stones with their names and army ranks inscribed, neatly and clearly; the forgotten Poles of Persia. God, I hope Donald Trump doesn’t bomb the Polish cemetery in Tehran. 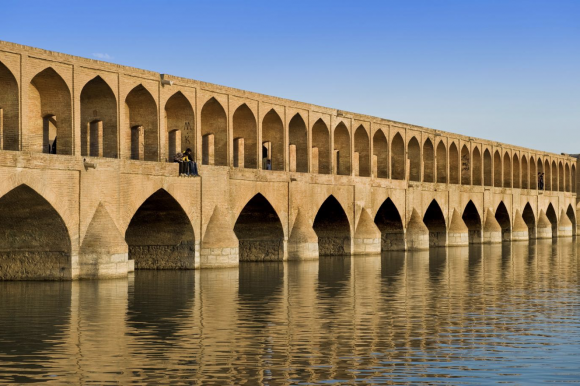 When we got down to filming, the trick was knowing what to leave out. When you have added as much to global culture as the Persians have, you confront the time-poor visitor with impossible choices. The Treasury of National Jewels museum softened us up, with its 100-carat diamonds and its golden crowns encrusted with emeralds and rubies. Donald mustn’t bomb that. The Golestan Palace jabbed us into insensibility, with its marble halls and its flowing paradisiacal moods. He can’t bomb there either. And then came the Carpet Museum, whose walls and floors are plastered with some of the most deliriously beautiful Persian carpets ever made. It knocked us all out for the count, the entire film crew. Please, Donald, don’t bomb the Carpet Museum.

I was especially delighted to discover that among the most gorgeous exhibits was a series of Polonaise carpets — 17th-century Safavid masterpieces of floral silk, made for the carpet-hungry Polish aristocracy in the days when we were big somebodies in Europe. A link in every direction.

Tehran was wonderful, but it was just an amuse-bouche. If you want to feel a truly concrete sense of the Iranian contribution to culture, you need to get to Isfahan. It’s one of the great art cities in the world, filled with some of art’s most intoxicating achievements.

People talk a lot of nonsense about Islam and its art. In particular, they talk nonsense about the glum moods it prefers and the grim ambition of its symbolism. It’s poppycock, the opinion of upstarts. For most of its history, Islamic art has been filled with pulse-quickening joie de vivre and outrageous beauty. To savour the traditional art of Islam, see the Taj Mahal, in Agra. Or the Alhambra, in Granada. Or, above all, the central square of Isfahan, laid out by Shah Abbas early in the 17th century, then surrounded with a sensuous ring of stunning religious architecture. When you stare up at the soaring dome of the Shah Mosque, you stare into an impossible cosmos of hand-to-eye co-ordination.

And it’s not just the mosques and the madrasas that make Isfahan so precious. I had a fine time filming the fabulous Khwaju Bridge, built by Shah Abbas II in about 1650, where amorous Iranian couples canoodled in the tearooms below while the cutting-edge hydraulic architecture above controlled the pace of the river. Then there was the exciting Chehel Sotoun palace, a waterside dream filled with giant roomfuls of dancing girls, musicians, banquets, all painted onto the walls in a thrilling and traditional display of the Islamic faith in the power of art. Ah, those dancing girls.

So, Donald, for God’s sake don’t bomb Isfahan. You’ll be siding with the Devil in the war of human meaning if you do. No, I’ve put that clumsily. Omar Khayyam put it better back in the 11th century, when he wrote: “Men talk of heaven — there is no heaven but here; Men talk of hell — there is no hell but here.”

Mind you, he also wrote: “I wonder what the vintners buy one half so precious as the stuff they sell.” I’ll definitely drink to that. Roll on 2020.