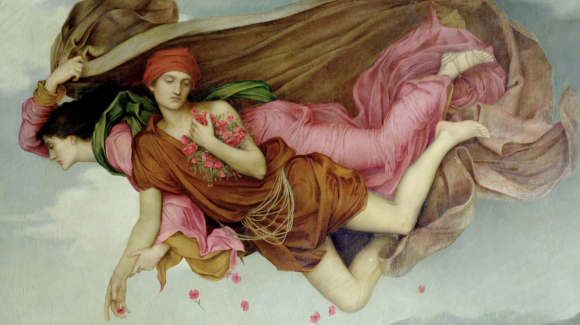 The notion that the pre-Raphaelite brotherhood was a clan of patriarchal beardies who exploited and mythologised the hapless females who fell into their clutches is so firmly rooted in our collective imagining of British art history that any show setting out to challenge those views will have its work cut out shifting the rhizomes. Pre-Raphaelite Sisters, at the National Portrait Gallery, an examination of the role of women in the pre-Raphaelite movement, has, therefore, achieved something significant in its rethink of the subject.

Unfortunately, what it has achieved is the opposite of what was intended. Instead of challenging the patriarchal beardiness of the pre-Raphaelites, the show manages somehow to prove that we have underestimated it. However domineering, immature, sexually obsessed and untrustworthy we imagined the Raphaelettos to have been, this event successfully indicates that they were worse.

True, the Pre-Raphaelite Sisters flagged up in the show’s title formed a large selection of female presences. And the structure here devotes a separate section to each of the 12 lives under consideration. It’s also true that a couple of them do, indeed, emerge as distinct and impressive figures. The trouble is, the rest of them don’t. Or, at least, it’s tough to spot the differences in the sea of similarities.

By relying, chiefly and inevitably, on images of them produced by the beardies, the show manages to create a single interchangeable presence out of most of the women it examines. Pale and boyish. Unsmiling. Oval-faced. No hips. No bust. With a big head of Titianesque hair. Let’s call her Jane Fanny Effie Lizzie Annie Christina Georgiana Ruskin Morris Rossetti Burne-Jones. She stars in picture after picture, tragic and wan, crushed by the vicissitudes of modern life, desperately in need of saving by the nearest passing Lancelot with a beard.

We start — of course we do — with Effie Gray Millais, Effie Ruskin as she briefly was before the infamous lack of consummation of her first marriage, caused, says the legend, by her pubic hair and John Ruskin’s abhorrence at seeing it. It’s an often-told tale with, I suspect, some genuine darknesses hidden beneath its seemingly ludicrous surface. When Millais arrives on the scene, initially to paint Ruskin, then to seduce his wife, it turns into a tale of betrayal. By commencing with it, by going for the most notorious pre-Raphaelite “love triangle”, the show immediately feels as if it is undercutting its own arguments.

Effie was a decent artist. A lovely copy by her of a dreamy Millais portrait from 1853 — Effie with Foxgloves in her Hair — shows her to have been skilful and light-fingered. And the display does try a bit to present her as more than a doll-like, girlish pre-Raphaelite adornment. “Effie Gray Millais” says the titling above her alcove. “Model. Wife. Manager.” But the overwhelming impact here is made neither by her pretty drawings nor by the clunky titling. The overwhelming impact is made by the images of her by Millais and the other pre-Raphs who recorded her. Yes, there’s a fleshing-out of her outline, but all it achieves is to make her seduction by Millais more vivid. 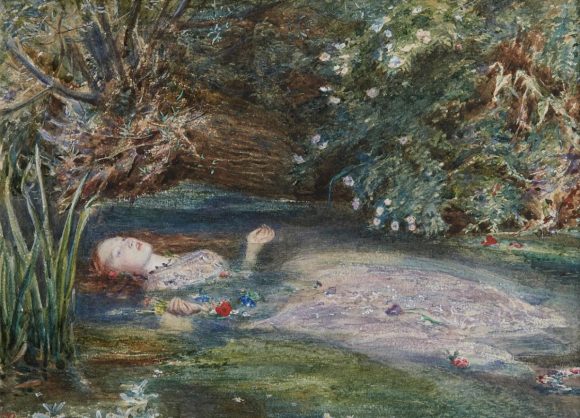 Christina Rossetti is more like it. A famous poet in her own right, represented here by potent snippets of her autograph writings, she’s a weightier than usual pre-Raphaelite presence — “Poet. Sister. Model” — with a strong face that manages to achieve some real distinctiveness. Her brother Dante Gabriel, the quintessential Raphaeletto, provides a couple of the show’s most penetrating portrayals in some powerful drawings where you can sense his mental hauntings and hers. But she’s also the model for the Virgin Mary in his mildly absurd Annunciation, in which she pops up, blonde and teenage, as startled as a schoolgirl who’s seen a mouse, when a hefty angel with no kecks on arrives in her bedroom to announce she’s going to be the mother of Jesus.

Christina was lucky to be Rossetti’s sister and not one of the unfortunate “stunners” who begin now to push their long fingers down on the exhibition’s “repeat” button. Their storylines go something like: lowly birth, arrives in London, becomes a seamstress, models for Rossetti, becomes his obsessive object of desire, is kicked out to make way for the next one.

Fanny Cornforth is the one with the corn-coloured hair who twangs away at a Japanese koto while staring past us into the blue distance (The Blue Bower). Lizzie Siddal is the ill-looking one who also modelled for Millais’s most famous painting by lying for hours in a cold bath (Ophelia). Jane Morris was the one with the biggest hair of all, who married William Morris but preferred Rossetti, and whom he painted most famously clutching a sinful pomegranate as if her life depended on it (Proserpine). 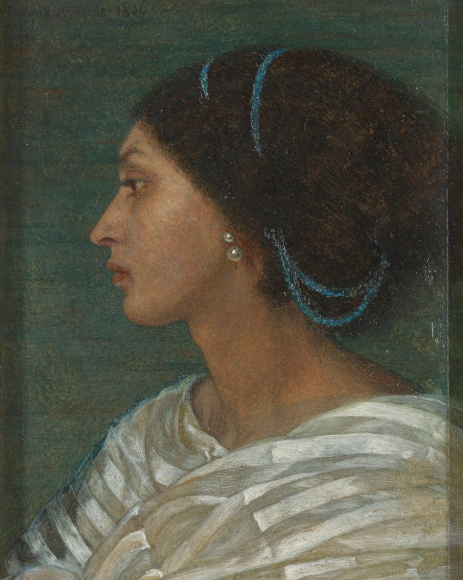 Every one of these press-ganged femmes fatales, for whom extreme willowiness is a prerequisite, is treated to a specific appraisal, sprinkled lightly with their artwork. But the feeling persists that they are only really here because at some point in their recurrent histories, they formed a notorious pre-Raphaelite love triangle or quadrangle or pentagon with one, two or three of the beardies.

It’s about now, halfway through its cast list, that the show turns into an event with surprises. The first of the discoveries is Fanny Eaton, a black model who arrived in Britain from Jamaica in the 1840s and ended up in scores of Victorian pictures, playing the all-purpose exotic stunner. In Simeon Solomon’s The Mother of Moses, she’s in Egypt, placing her baby son in a basket and floating him down the Nile. The small drawing Simeon made of her is just about the most gorgeous thing in the show.

In The Young Teacher, by Rebecca Solomon, Simeon’s sister, she plays a kid’s nanny from India, being taught to read by her charges. In real life, Eaton knew all about children, as she had 10 of them by her husband, James, a London cabbie. Hers is a remarkable story.

So, too, is Maria Zambaco’s. Wealthy, talented, Greek, she was a more than handy sculptor who became entangled with the tremulous Edward Burne-Jones and ended up playing ridiculous no-costume parts in several of his silliest Ye Olde Perils of Pauline paintings.

Joanna Boyce Wells is the first “sister” presented here as a substantial artist rather than a muse. A healthy selection of her paintings shows her to have been more than competent, though lacking a mite in character. The same goes for Marie Spartali Stillman, whose touch is a tad too sweet.

So it is left to the final exhibitor, Evelyn De Morgan, to deliver what I came to this show expecting to find: an unfairly neglected pre-Raphaelite talent who brought something fresh to the movement and who happened to be a woman. In her subject matter, De Morgan gives us more of the same: floaty myths and anachronistic medieval allegories. What makes her different is her touch: solid, unwispy, full of paint. To her credit, she makes the wan pre-Raphaelite men who surround her look like wimps.