Childless, sleepless and now motherless: the artist gives voice to her pain in an explosive show. It’s a game-changer 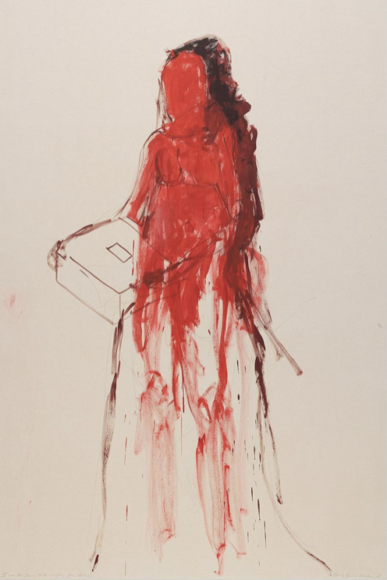 Tracey Emin is 55. This needs pointing out from the off, not just to startle you with evidence of time’s crazy speeding, but to prepare you as well for the dark moods and tense inner struggles that glue together the spectacular Emin display that has opened at White Cube Bermondsey.

In the show, Tracey does what she always does: makes sure we share her life pains. She’s single, female, childless, motherless, 55 years old and unable to sleep. She claims to have accepted all this, but the evidence of her art suggests otherwise. On this occasion, the confessions of inner turmoil are not made with unmade beds or tents filled with names, but, in the main, with sizzling paintings and powerful sculptures. The clock has ticked forwards, but the methods have ticked backwards. The result is an existential masterpiece of an exhibition. 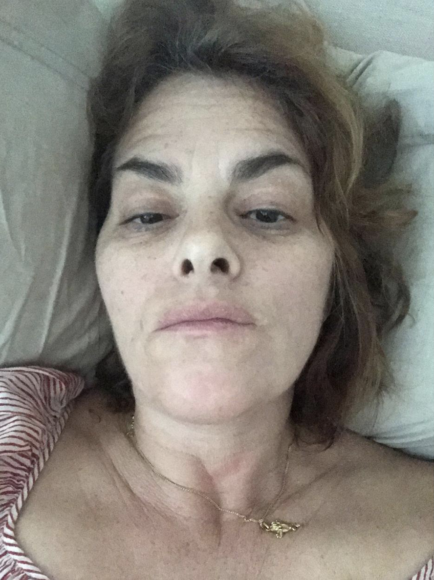 Some of the art on show is a homage to Tracey’s mother, Pam, who died in 2016, and whose passing gave this event its title: A Fortnight of Tears. Having cried for her mother, Emin remembers her here in a room filled with mum art, a kind of shrine to Pam that manages also to sneak away for some steamy sexual exposure behind the bike shed. A wayward daughter is saying goodbye, waywardly, to a wayward mum.

But it’s what happens in the rest of the show that coils the exhibition spring to its unusual tension. The impact of losing her final parent appears to have prompted in Emin a floor-to-ceiling reassessment of her artistic purpose. She hasn’t dispensed entirely with her old methods — there’s a poetic neon on one wall, a couple of confessional films in booths and a row of blown-up Instagram photos of a nocturnal Tracey unable to sleep — but they don’t characterise the show. What characterises it is its determined foregrounding of her paintings and sculpture.

Filling the whole of the enormous White Cube gallery, in big rooms and small, the art on show here grabs us by the lapels and insists we notice a big Emin transformation. The paintings — 30 of them, all fabulous — oscillate between figuration and abstraction. A few feel actively abstract, moist and splashy, with a keenness for flaying brushstrokes not seen in painting since the heyday of abstract expressionism. Most, however, are more evidently figurative, with reclining nudes and looming faces emerging from the knots and slashes like figures in a fire.

The numerous nudes, imagined outlines of Emin herself lying on her back like a Renaissance Venus, feel as if they are deliberately trespassing on Old Master territory. The Mouth from Margate is taking on the Giorgiones and the Titians in an expressionist paint-off in which she holds an explosive advantage: she is both the object and the subject, the woman in the picture and the painter. Her nudes are both traditional art subjects and a highly charged form of self-portraiture.

As always with Emin, the Mills & Boon titles she gives her work send us scuttling off in imaginary pursuit of her love life. You Kept Watching Me features a naked Tracey with the shadowy face of someone looking down on her. Lust or tenderness? We can never be sure.

In the Dead Dark of Night I Wanted You, the best painting, I think, in a show packed with compelling paintings, presents a reclining nude in a Manet pose whose face has been attacked with censorious slashes of angry black, as if the Chapman brothers had sneaked into the show at night and defaced it. As a piece of inventive, outline-busting figure-painting, it is already exciting art. Add the conceptual storylines her work invariably prompts you to imagine and you have an especially involving art experience.

And all this, you feel, is not just a riposte to the Old Masters — the men have had their say, let’s hear from the women — but a tribute as well, an insistence on their relevance. I kept being reminded of the psychological rawness of Egon Schiele, whose twisted nudes were such an eloquent translation of his twisted emotions. What’s new, of course, is the feminine fierceness.

While the paintings slap you around with their confessional frankness and their urge to display — 30 pictures is a lot of slapping — the three giant bronzes dotted about the show are even more surprising. This is Emin’s first London exhibition for five years. Who knew that in her time away she was turning into such an impressive figurative sculptor? 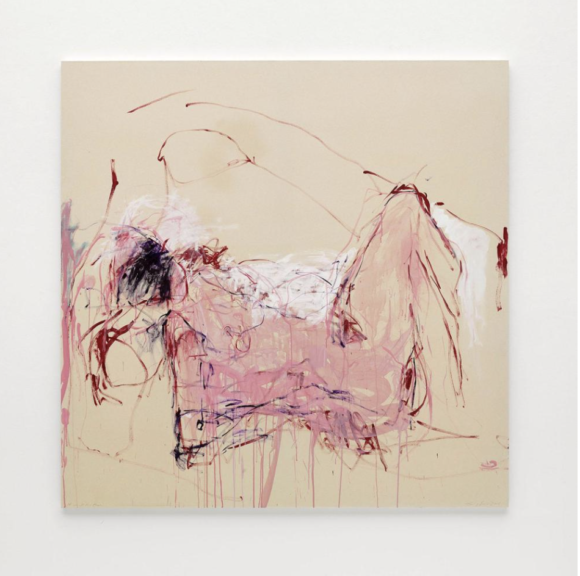 All three giant bronzes are female, and all offer a trademark mix of whispery vulnerability and blunt sexuality. Two of the bronze giants are sprawled deliberately in front of the paintings. One lifts her buttocks to you in a pose that is both an invitation and an accusation. Another is curled up on her side, and does something fiddly with her hands: she’s sewing something or inspecting a locket. The violated female form that is such an Emin speciality has never previously found such monumental expression.

Most things going on at this game-changing event are pioneering: figurative abstraction that employs conceptual methods to involve you emotionally in its deeper meanings. Welcome to art.