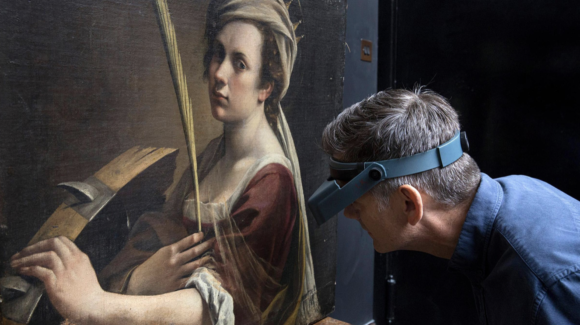 The National Gallery’s new acquisition, a self-portrait by Artemisia Gentileschi as St Catherine of Alexandria, was officially unveiled last week. It’s an exquisite and riveting painting: the first Artemisia in the collection, a brilliant buy — and, for various sociopolitical and identity reasons, a supremely on-trend image. So the unveiling was a big moment. But I didn’t go. I didn’t need to. I’ve already seen her.

For the past six months or so, the restoration of the Artemisia has been progressing in public view. Not only could anyone who signed up get themselves into a queue to see the actual picture being worked on in the gallery’s subterranean studios, but the picture’s loquacious restorer, Larry Keith, was popping up on YouTube every month, providing stroke-by-stroke accounts of the cleaning. Sometimes he was joined by the National’s sparkling 17th-century curator, Letizia Treves, who filled us in on the picture’s history, its meaning, its purpose and the weighty feminine implications of Artemisia’s identification with St Catherine. 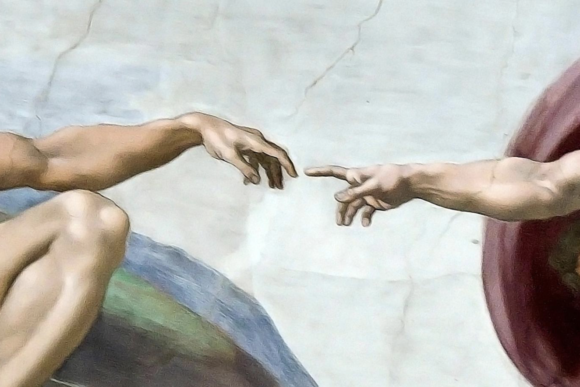 Watching all this on YouTube was thoroughly engaging. I got to know an exceptional picture intimately. I got to know the exceptionally skilled Larry Keith and felt a tangible sense of his journey. And I gave myself over, fully and unreservedly, to a new kind of art pleasure: the restoration happening. Dammit, even the music they played on the YouTube films, Libro IV d’intavolatura di chitarrone: Capona, by Giovanni Girolamo Kapsberger (1580-1651), performed on the theorbo by Jakob Lindberg, bullied its way into my inner music library and had me Amazoning crazily for more Kapsberger, and more Lindberg.

I relay all this to you to prepare you, because the upcoming year is set to be the one in which restoration happenings complete their journey from niche interest to must-see events. It isn’t just the beautiful Artemisia self-portrait that is emerging from the alchemist’s lair with a bright new face. The mastodon in the gallery is Rembrandt’s enormous group portrait from the Rijksmuseum, Amsterdam, The Militia Company of District II Under the Command of Captain Frans Banninck Cocq, better known to you, probably, by its snappier nickname, The Night Watch.

It is Rembrandt’s most famous painting, and his biggest, 12ft by 15ft of complex baroque innovation that, from July next year, is going to be the subject of a public clean-up. The trendy French architect Jean-Michel Wilmotte has been commissioned to design a “state-of-the-art clear glass chamber”, inside which Rembrandt’s mastodon will begin inching its way through a painstaking wash and brush predicted to last “several years”. The glass chamber will remain on the museum floor, where it will be fully accessible to the viewing public.

What’s more, a live online feed will broadcast every dab and rub to the watching world as the Amsterdam cleaners fret and hesitate in their monumental attack on Rembrandt’s masterpiece. Forget Big Brother. This is going to be reality TV unfolding at the slowest pace imaginable. And it promises to be gripping.

Of course, there will be plenty of noisy complainants moaning about the process. There always are with restorations. Expect to hear an assortment of scare stories about original glazes being removed, the unnatural brightness of the refreshed pigments and all the rest of it. Restorations of important pictures are always tasty meat for the pigmented naysayer. A particularly savage example is currently unfolding for us with Leonardo da Vinci’s Salvator Mundi, sold at Christie’s in New York last year for a staggering $450m and due to go on show in September at the Louvre Abu Dhabi. A couple of weeks before the big debut, a curt tweet from the museum announced that the grand unveiling had now been indefinitely postponed and that further announcements would be made in time.

So far, nothing. But a round of revelations about the state of the picture before its sale has fed into persistent rumours that the problem is with its condition. If you’ve seen the shocking photos of it before it was restored, you, like me, may spend your nights giggling cruelly at the thought that some rich schmuck was persuaded to waste $450m on this total wreck. At the time of its sale, the New York art critic Jerry Saltz quipped that 90% of the “Leonardo” had been painted in the past 50 years, and Saltz was being generous. Are these the kinds of doubts holding back the Abu Dhabi unveiling?

There was much hyping of the Salvator Mundi in the lead-up to its auction — the “last da Vinci” is what Christie’s christened it. But these days in the art market, buyers need constantly to be aware of how much reworking might have taken place.

The restoration business has become a key part of some intensive fictions. The cleaning of The Night Watch, for instance, is being billed as the “biggest ever undertaking of its kind”, when it is no such thing. 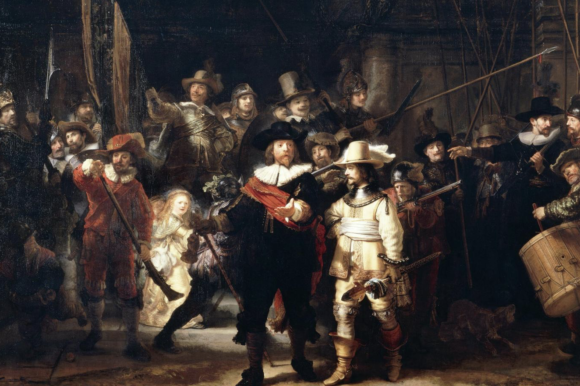 A couple of years ago, I was in Belgium filming the restoration of Van Eyck’s magnificent Ghent Altarpiece, the one George Clooney tries to steal back from the Nazis in The Monuments Men. The Ghent cleaning had been going on since 2012. A special space, a huge glass room, had been created for the task, and visitors to the museum could peer in and watch every moment of the restorer’s endless dabbing. There are regular tours and talks, and happy queues keep forming for a good gawp.

The importance of the Ghent Altarpiece trumps even Rembrandt’s The Night Watch. For centuries, Van Eyck was celebrated as the inventor of oil paints. He was certainly the first giant to use them. The altarpiece has 12 pictures on the back and 12 on the front, so the cleaning is a colossal task that shows no immediate sign of conclusion. I cannot recommend loudly enough a journey to Ghent to watch this fabulous unfolding. You will never be closer to one of the greatest art achievements.

That’s the unexpected thing about these big public restorations. They actually strike a note of rare intimacy and diminish the distance between the artist and you. Going back further still, to the 1980s, the most impactful such cleaning I ever witnessed was the restoration of the Michelangelos in the Sistine Chapel. Hand on heart, it was probably the single most powerful and unforgettable art event of my life.

To do the work, the Vatican had constructed a special scaffold, using the same holes Michelangelo had used. And to reach his lofty eyrie, you had to get into a rickety lift that felt as if it was being operated by a lawnmower engine. Up, up, up you ascended. Suddenly, there it all was, the entire Sistine ceiling, a few inches from your nose, undulating into the distance on lumpy hills and valleys of gloriously handmade fresco. From a distance, it’s a global masterpiece. From close up, it’s a brave and wonky handmade struggle.

As fate would have it, when I went up they were working on the most famous scene on the entire ceiling: the Creation of Adam by God. The one with the fingers. The restorer had just completed a brief clean of Adam’s penis, which, I was delighted to notice, was painted with one quick brushstroke, like some naughty graffiti in a school lavatory.

As for the famous fingers, they weren’t by Michelangelo at all. An explosion in the 18th century had caused part of the ceiling to fall in, and the fingers you see today are replacements added by an anonymous restorer. How interesting it all was up there. How real it made Michelangelo’s achievements feel.

The processes and difficulties that go into the creation of a great artwork are easy to lose sight of. One of the problems I have with the increasing reliance of museums on internet reproductions and information websites is that they privilege the digital record over the handmade original. We end up with shiny pictures with no sense of reality. If the rise of the restoration happening in 2019 starts to change that — bring it on.