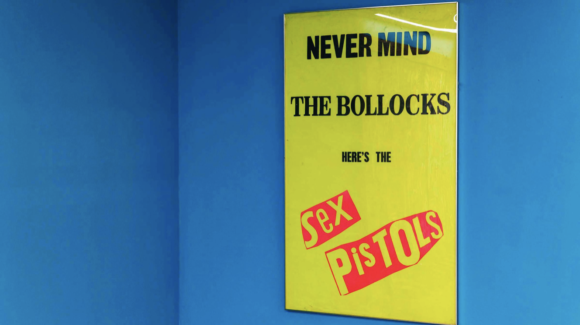 Fortunately, some fires still burn, notably at the Humber Street Gallery. Set up last year as a pop-up space for contemporary art, Humber Street has managed to get itself a three-year extension, and is still there. Past the boats, past the estuary, last left before the sea. But don’t go if you are rich or hate safety pins. Because they’ve just opened a Jamie Reid show.

Reid will be best known to most as the designer of Sex Pistols covers in the heyday of punk rock. Ripped-up signage stuck brutally to portraits of Her Majesty. No-nonsense lettering telling you where to go. God Save the Queen and Never Mind the Bollocks. Ah, the good old days! 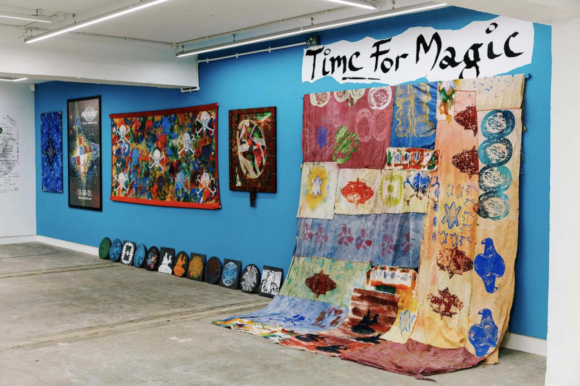 His Hull show, a spectacularly messy array of posters, postcards and calls to action, looks as if it cost at least a couple of bob to mount. It’s his first retrospective, and most of it is a surprise.

He was born in 1947, and is now 71. I had always imagined the Sex Pistols’ graphics to be the work of a suitably snotty kid, but Reid was 30 when he demanded Anarchy in the UK. His Sex Pistols moment was a small skirmish in a long war against “the Man”.

It turns out he was born into a family of druids, and that some of his refusal to toe the line is an ancient birthright bestowed on him by the gods. At the start of his Hull show, a teepee filled with psychedelic thought-forms encourages you to climb inside and remember Merlin.

While his cussedness was a birthright, his politics were formed at art school, where he happened to be studying when the glamorous French situationists took over the campus in 1968. That’s where he met Malcolm McLaren, future svengali of the Sex Pistols. The two of them lapped up the situationist message: Destroy the system. Down with capitalism. Up the workers.

All this is rather revealing. It provides some unexpected intellectual bedrock for the punk moment and shines a different light on both Reid and McLaren. Anarchy in the UK and God Save the Queen were not seeking only to shock. They were actively encouraging an anarchist overthrow of the system.

McLaren caved in soon enough. But Reid never has. And as he continues to bash away in his Zimmer frame at Trump, the Queen, Putin, the frackers, there’s something close to heroic about his hopeless determination.