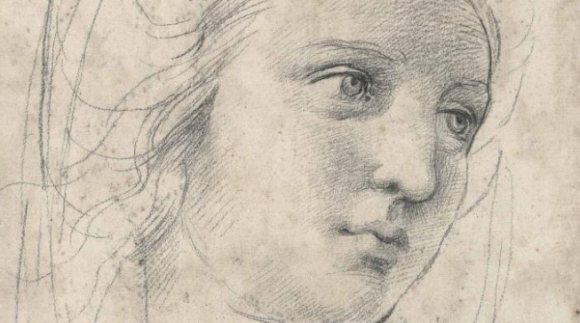 Here are two quotes about Raphael. The first is by Johann J Winckelmann: “It took a soul as beautiful as his, in a body as beautiful as his, to experience and rediscover the true character of the ancients.” The second is by Goethe: “From the Sistine Chapel we went to the loggias of Raphael… After being dilated and spoiled by Michelangelo’s great forms, my eye took no pleasure in the ingenious frivolities of Raphael’s arabesques.”

For Winckelmann, Raphael’s art matched the legendary perfection of the Greeks. For Goethe, he was a limited producer of “ingenious frivolities”. Who was right? History has been no help in deciding. It, too, cannot make up its mind. After Raphael’s death in 1520, for the next 300 or so years he was revered as the model artist of the Renaissance. “Raphael made as many miracles as he made pictures,” wrote Charles Alphonse Dufresnoy in The Art of Painting in 1665.

Gradually, however, the sense of perfection for which he was renowned became more of a hindrance than an achievement. As art grew wilder and more personal, the smooth beauty of Raphael began to appear pale, fragile, even insignificant next to the thunderous creativity of Michelangelo or the intense scientific craziness of Leonardo. The Winckelmann opinion began to fade. The Goethe opinion took over. And has held sway until recently.

Today, Raphael can be said to be back. His great champion, Nick Penny, former director of the National Gallery, spent much of his energy during his fine directorship pushing Raphael into prominence. And those infallible barometers of fashion, the auction houses, have also decided in his favour. In 2012, a black chalk drawing of the head of an apostle sold at Sotheby’s for £30m. The taste for Raphael has returned.

Thus the Ashmolean Museum, in Oxford, is justified in trumpeting that the 120 Raphael drawings it has somehow managed to bring together constitute “a once-in-a-lifetime exhibition”. They certainly do. Less clear is what the show tells us about Raphael’s final worth and the precise nature of his achievement. The artist who emerges here is many things. But an easily sketched genius is not one of them.

He was born in Urbino in 1483 and apprenticed at an early age to the sweet Renaissance master Perugino. The first drawing here, a lovely head of a young boy from around 1500, is presented as a self-portrait, though I cannot say it feels like one. There’s no tangible sense of looking into yourself. Instead, we admire from a decent distance the uncreased outlines of a youth who is beautiful in the Perugino manner. 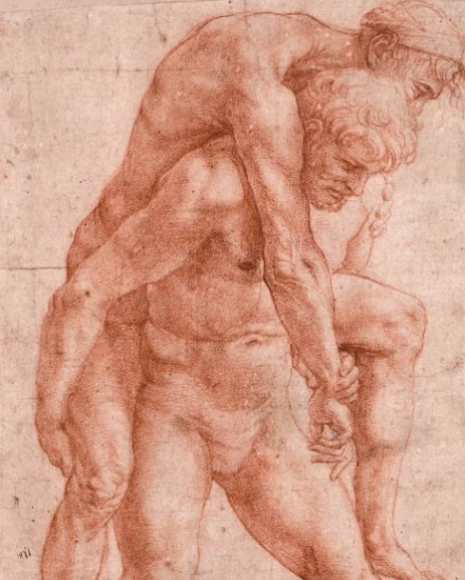 Having commenced with sweetness, the show spends the rest of its opening stretch growing unexpectedly confusing. The paperwork on the walls speaks of a division into two sections: one devoted to the male nude, the other to the mother and children. But these divisions disappear in a display that is immediately more jumpy than we might have expected. It’s an impression created partly by the number of two-sided drawings that need to be inspected verso and recto, often with completely different subjects on either side. More significantly, it is a jumpiness within Raphael himself.

The Perugino selfie turns out to be misleading. Instead, we are confronted by an artistic hand that is restless, experimental, fragmentary and — most surprisingly of all — occasionally clumsy. One of the key storylines of the Raphael myth is that he was miraculously precocious. It’s an impression intensified by his early death at the age of 37. Here, though, he is often awkward in his early anatomy, and there’s a recurring woodenness to his first poses. You see it most obviously in a set of standing figures drawn in metalpoint on blue paper in c1502-3.

Of course, when these were drawn, Raphael was still a teenager, but rarely in his early oeuvre do you get that sense of instinctive perfection — the inability to make a wrong mark — that characterises the first drawings of Michelangelo or Leonardo. A pretty 1504 image of The Virgin with the Pomegranate seems to return to the inviolate sweetness of Perugino, until you notice the faulty foreshortening of her left hand and the awkward anatomy of the lumpy Jesus. 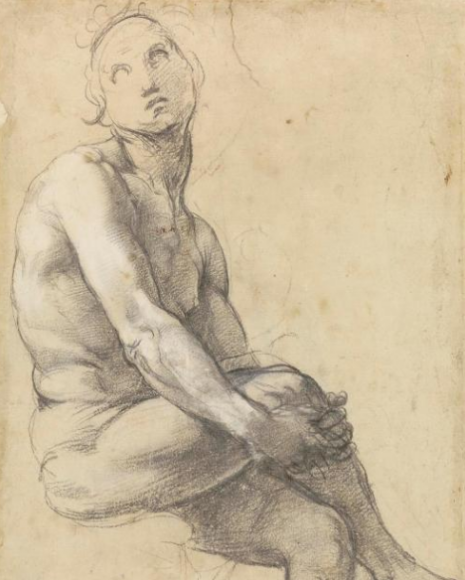 Thus, instead of the expected perfection, we get a busy sense of experiment, of trial and error and what the captions call “brainstorming”. It is most evident in the pen-and-ink drawings seeking to find the right position for the baby Jesus playing at his mother’s feet. Pen and ink is the quickest and most fluid of the many drawing methods employed by Raphael. As the infant Christ squirms this way and that, the quickfire compositional search feels almost like an animation sequence. And what a delightful touch to have the baby Jesus standing on his mother’s foot, as babies do.

This fidgety quickness seems initially to go against the grain of the Raphael myth. Perhaps because there are so many drawings on show (who would have imagined the Ashmolean could get its hands of 120 of them?), and certainly because Raphael tries out so many methods and materials, an impression persists that it takes him a surprisingly long time to find himself. It isn’t until deep into the show, among the catalogue numbers 69-72 dealing with his Massacre of the Innocents, that the exhibition ceases its fluttering and settles down to a sustained period of excellence.

With the drawings for the Massacre, turned into a famous print by Raimondi, we see and feel a new solidity finally entering his figures. Because there are so many of them — terrified mothers, screaming babies, murdering soldiers — he is forced into making a sustained effort to place them, and what a brilliant daisy chain he duly weaves of pushing, falling, twisting bodies.

It is also now that he begins to employ his most spectacular drawing method: red chalk. Sensuous female nudes, gentle mothers and children, gorgeous drapery studies, big, upturned heads of apostles looking skywards: the mature Raphael is no longer brainstorming. He has switched to presentation mode and is showing us how good he is.

All this is genuinely revelatory. Raphael’s last great painting, The Transfiguration, is so dark and different from what came before it that it is usually understood as a radical shift: a new direction. But on the evidence of this event, restlessness and experiment were always in him.