The V&A’s Botticelli show is noisy and vulgar, the Courtauld’s quiet and thoughtful. But they both prove he was so much more than his Venus 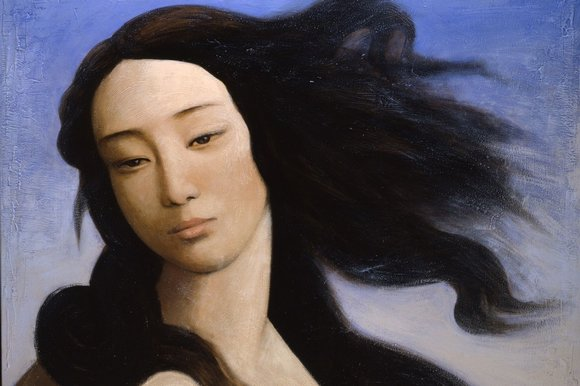 Botticelli’s problem is that he painted that Venus. You know the one. Wispy redhead standing naked on a giant seashell, trying to cover up her bits with her hands and her hair. She’s the most famous Venus in art, an image so celebrated that Jeff Koons put her on the cover of Lady Gaga’s 2013 album, and Dolce & Gabbana plastered her across their celebrated Venus dress.

She’s a problem because she has come to dominate Botticelli’s reputation. Yes, she’s lovely. But she’s also curiously unrepresentative of his talent: a masterpiece that blinds us to his true achievements. Worse than that, she actively warps our view of him.

All this is made clear by a pair of fine Botticelli exhibitions that have arrived simultaneously on our own seashore. The two shows could not be more different. One is noisy, vulgar, exciting. The other is quiet, thoughtful, engrossing. Between them they shove the old image of Botticelli out of the picture and shove in a sublime new one.

The vulgar event is, of course, at the V&A. Having perfected the brilliant illusion of transforming noisy bits of pop culture into important milestones of design — the David Bowie and Alexander McQueen shows — the V&A is fully at ease with the misleading celebrity of the Uffizi Venus. Botticelli Reimagined looks at the way different epochs have admired her in different ways. Commencing with the present and rewinding, the show achieves a clever and helpful magnification of cultural change.

It starts, in typical V&A fashion, with a bit of James Bond. Playing on the first screen is the scene in Dr No where Ursula Andress comes out of the sea in an itsy-bitsy white bikini. She has been collecting seashells, and the gawping Sean Connery, spying from the bushes, is too busy enjoying her wetness to notice what an obvious borrowing she is from Botticelli’s Venus.

I was actually surprised how often the modern requotes achieve something pointed and worthwhile. Yes, she has been reduced to little more than a comic-book figure, but the comic-book figure finds itself involved in some complex understandings. Rineke Dijkstra photographs a scrawny Polish teenager adopting the Venus pose on a beach, and her blotchy lankiness seems to say something crucial about the difference between real women and imagined ones.

The show’s opening section is questing and intelligent. The same cannot be said of part two, where we go back to the Victorian world and watch Botticelli being rediscovered after centuries of undeserved obscurity. The modern world may sometimes be cheap and shallow, but cheap and shallow is always better than ludicrous and hypocritical.

The rediscovery of Botticelli by the 19th century is presented as something more worthwhile than it really was. Rossetti, Burne-Jones et al returned to the early moments of the Italian Renaissance with the sort of discernment you find in shoppers at the Boxing Day sales. This was mass appropriation on a greedy scale. What they searched for most obviously was a spurious air of innocence, which they sprayed onto their own art to disguise its moral stink. Not just in Britain. Clip-on Botticellian innocence became an international disguise. In 1895, Ettore Ximenes, the creator of absurd Italian bronzes to be put in squares around the world, gave us La Rinascita, a life-size Botticelli woman sitting on a pedestal in a paper-thin robe that clings to her fleshy breasts as revealingly as a wet T-shirt. Italians, eh?

The final section takes us back to the “real” Botticelli, with the largest group of his paintings to be seen in Britain. The famous Venuses from the Uffizi are not here, though much else is. It ought to be an impressive rewrite. But I found it confusing and indistinct.

It turns out Botticelli’s “look” was so popular, so quickly, that even in his own times it was often copied and distorted. Thick with trademark Madonnas — only a few of which are actually by him — the real Botticelli section makes clear that we didn’t have to wait until the 21st century for his style to harden into something cartoon-like and repetitive: it was already happening in the Renaissance. Even the presence of paintings as great as the Mystic Nativity, from the National Gallery, cannot entirely dispel the impression that the real Botticelli has been lost in the crowd.

No such problems occur at the Courtauld Gallery, where a display focused on Botticelli’s illustrations for Dante’s Divine Comedy confronts us with a talent and a vision so exceptional that it shocked me. I knew he was brilliant. I did not know he was this brilliant.

The drawings have been lent by the Kupferstichkabinett, in Berlin, a treasure trove of works on paper. They used to belong to the dukes of Hamilton, but, alas, the 12th duke loved dog racing more than he loved his art collection, and in 1882 he sold the 88 Botticelli drawings to the Germans to pay off his gambling debts. Organised jointly by the Courtauld and the Kupferstichkabinett, the show features an amusing exchange in the catalogue between the side that grumbles “We should never have sold them” and the side that responds “We got the sunbed”, or words to that effect. But the drawings fascinate.

Begun circa 1482, they were seemingly intended for the delectation of the Medicis. One side of the vellum featured Dante’s verses, the other Botticelli’s exquisite and madly inventive drawings. The display follows Dante’s divisions — Hell, Purgatory and Paradise — and in each location Botticelli adapts his style to fit the terrain.

The Hell drawings are brilliantly terrifying, packed with as much torture and anguish as a Hieronymus Bosch. At their centre is a two-page portrait of Lucifer, half man, half bat, gobbling up sinners like a starving dog. Purgatory is less violent, but only slightly. Dante and Virgil stroll through the ranks of suffering sinners, happily chatting, as if they were walking through a garden centre. I particularly enjoyed the fate of the hunched figures carrying huge slabs of rock tied to their backs. Now that’s what I call penance.

It all culminates in a magnificent and startlingly original vision of Paradise. To explore it, Botticelli’s art empties itself of details and grows mystic and strange. Accompanied by the beautiful Beatrice, Dante becomes a tiny figure in a huge, empty Elysium, in which scales grow topsy-turvy and reality becomes unrecognisable.

This, finally, is the real Botticelli: an intense and inventive religious visionary who has been missing everywhere else, and whose likeness has been bent out of shape by his globally famous Venus.

Botticelli Reimagined, V&A, London SW7, until July 3; Botticelli and Treasures from the Hamilton Collection, Courtauld Gallery, London WC2, until May 15