An icon of western art, Mary Magdalene remains an enigma. Why do we find her so contrary? 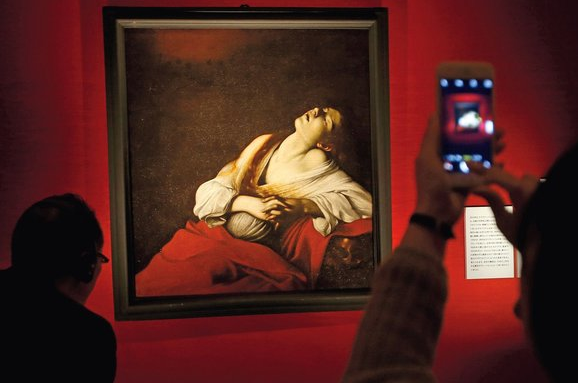 This Easter, I urge you to think about Mary Magdalene. Actually, thinking about her is something you should do every Easter. Shelve the eggs. Forget the treasure hunts. For a proper connection with Easter and its messages, remember the Magdalene.

It won’t be difficult, because art has already done much of the thinking for you. She is one of the most pictured figures in Renaissance art. And baroque art. And rococo art. Given half a chance, art will always try to imagine Mary Magdalene.

Our own times are obsessed with her as well. Remember The Da Vinci Code, and those hilarious suggestions that her descendants are still among us, secretly guarding the Holy Grail? According to the Dan Brown school of art history, the figure with the long hair sitting next to Christ in Leonardo’s famous Last Supper is not John the Apostle, as we’ve traditionally believed, but Mary Magdalene. Leonardo has painted her covertly, sitting next to her lover, Jesus, the father of her child.

These amusing fantasies about the Holy Grail tell us much more about ourselves than they do about anything that happened in the past. They should be understood, I suggest, as cultural proof of our continuing hunger for the mysteries of religion. We pine for the unknowable, but only in a form that involves lots of car chases and some pauses for sex.

The notion that Jesus and Mary were lovers, that the truth about them was handed down from generation to generation by a secret society that is expert at karate, presses our dumb 21st-century buzzer. But the Magdalene has always pressed somebody’s buzzer. Wind back the clock to any era since medieval times and you will find examples of art making up outrageous stuff about her. The notion that Mary Magdalene was some kind of femme fatale — a woman who toyed with men — is impressively ancient. 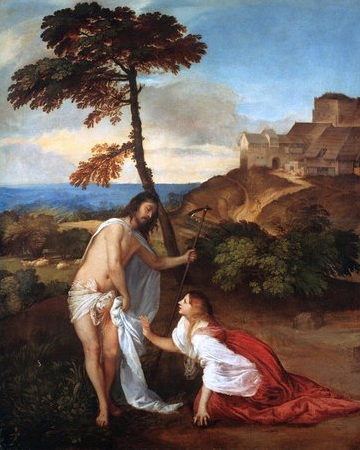 Don’t take my word on this. Go to Assisi, head down into the Lower Basilica, search out the chapel devoted to Mary Magdalene and see how Giotto imagined her early in the 14th century. She’s the gorgeous redhead with the flowing locks who has popped into a cave to hide her nudity. Unfortunately, the hair cascading around her naked body isn’t covering much. Even Giotto, who never painted nudes, and who always strikes us as especially pious and gentle, saw Mary Magdalene as a robe-dropper.

Still in Italy, they have rediscovered a scandalous new Caravaggio — Mary Magdalene in Ecstasy. It’s been lost for 400 years and is said to show Mary overcome by “the delightful harmonies of the celestial choirs”. She’s supposed to be listening to the angels singing in heaven. Why, then, has her robe slipped so sexily off her shoulder? Why is her mouth open in that, er, climactic fashion? If pictures made noises, I’m embarrassed to imagine what this one would sound like!

But what has any of this got to do with Easter? Why, today, am I wittering on about Mary Magdalene? As it happens, she has everything to do with Easter. Easter is her best and, indeed, her only true moment. She may have been the victim of huge amounts of wayward artistic fantasy through the ages, but what little biblical reality she does possess is set exactly now. Easter is her time. Her raison d’être.

The most shocking thing about the biblical Magdalene is how little mention there is of her in the scriptures. Luke tells us that she was a woman who followed Jesus. And she is remembered by Matthew, Mark and John as a woman who witnessed Christ’s death. No other follower of Jesus is mentioned by name. Only Mary Magdalene. She was there at the crucifixion. And that is what Easter is all about.

So pretty much every crucifixion ever painted includes her. Look down from the bleeding body of Christ, dying on the cross, and you will invariably see her weeping for him at the bottom. If you’re having trouble picking her out, look for the prettiest woman in the picture, the one with her hair down. Often, Christ’s dead foot is resting on her shoulder. She’s his final support.

And it doesn’t stop there. Having witnessed the crucifixion, Mary Magdalene is also the woman who went to the sepulchre on the third day and found Christ’s robes on the floor. He wasn’t there any more.

Sobbing at the disappearance, she hears a voice asking what is wrong. Turning, she sees a man and, according to John, mistakes him for a gardener. He looks like Jesus, so she tries to touch him. “Noli me tangere,” he replies. Do not touch me.

Titian portrays the scene gorgeously in the National Gallery. There’s the beautiful Mary, dropping at the feet of a divine gardener carrying a hoe. The Magdalene is the first person to see the resurrected Christ. Today is her big day.

Unfortunately, there are codas. Lots of them. Some of which are ignoble. And I don’t just mean the Dan Brown stuff. Having seen the resurrected Christ, the Magdalene disappears entirely from the Bible, her role played. But she does not disappear from the artistic imagination. On the contrary. Art cannot stop picturing her or making up stuff about her.

Most of these fantasies concern her allure. Nowhere in the scriptures is it said that she was a former prostitute. Yet by the Middle Ages, that is what she has become: a femme fatale with dangerous hair, the repentant working girl, ashamed of her sinful past. That is how Titian paints her in the Pitti Palace, in Florence, trying to cover her beautiful nakedness with her hair. Or look at George de La Tour’s moody Magdalene, sitting alone in the dark, staring into a mirror, cradling a skull. A sorrowful woman is contemplating the fate she has brought upon herself with her sins.

But there’s good news, too. And even if it is entirely made up, we should remember it today because it gives us hope. The Caravaggio found in Italy, now on display in Tokyo, has an interesting past. The story Caravaggio painted illustrates another fictitious episode, set in France. After the Resurrection, Magdalene was said to have sailed to Marseilles with her followers, where, seven times a day, she would hear the angels singing in heaven. It’s a tale fabricated from scratch by the monks of Vézelay to explain how they had come by the precious Magdalene relics with which they were tempting moneyed pilgrims to their church. Caravaggio is illustrating an outrageous piece of French make-believe.

Yet look at the stomach of his ecstatic Mary. The way she guards it? How rounded it is? She’s pregnant. That’s what he’s insinuating. It isn’t just Dan Brown who saw the Magdalene as the carrier of Jesus’s baby. Caravaggio is seeing it, too. In art, the fertility of Mary Magdalene, witness of the Resurrection, has become conjoined with notions of birth and spring. She’s a fiction. But a hopeful one.

Enjoy your Easter Sunday. The National Gallery is open until 6pm.