Giorgione is a shadowy Renaissance figure. The Royal Academy’s spirited show can’t capture his genius, but sheds thrilling light on his peers 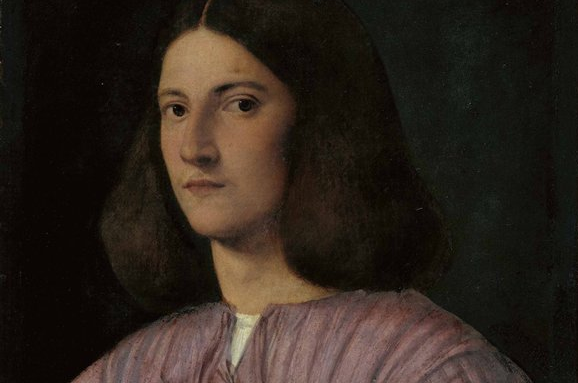 Giorgione is such a big figure in the story of art that it seems impossible we know so little about him. It’s clear from the size and universality of his reputation that he was a game-changer. But where the other giants of his time — Leonardo, Michelangelo, Raphael — had lives that are well documented and full of detail, Giorgione’s span is a thing of mystery. We know where he came from (Castelfranco), we are fairly sure when he was born (1477-78), we know when he died (1510) — and that is it. Everything else is missing.

It’s a situation that puts special pressure on his art to deliver the huge and transformative impact that we know it had: the impact everybody agrees on. Yet here, too, there are problems. Among the game-changers of the Renaissance, nobody is as badly represented by surviving examples as Giorgione. His influence is mighty, but the work that proves this is sparse or missing. There simply aren’t enough Giorgiones around to make his achievements obvious.

Worse still, the pictures that have survived that are associated with him are hotly contested. “Is it a Giorgione or not?” is a question that’s been ringing out relentlessly from connoisseurs since the 16th century. His style is instantly recognisable, but his touch is notoriously difficult to locate and authenticate.

This, then, is the sea of issues into which the new Royal Academy show, In the Age of Giorgione, has cockily sailed. The organisers have set out to clarify what was going on in Venice in 1500-10 — the transformative years, when the style of Giorgione carried the day and Venetian art found a new identity.

Remembering this crucial epoch is an excellent ambition. Unfortunately, when you’re dealing with the wisps and shadows that make up the oeuvre of Giorgione, shaping a view is tough. Instead of making things clearer, In the Age of Giorgione adds layers of doubt to the layers of doubt. 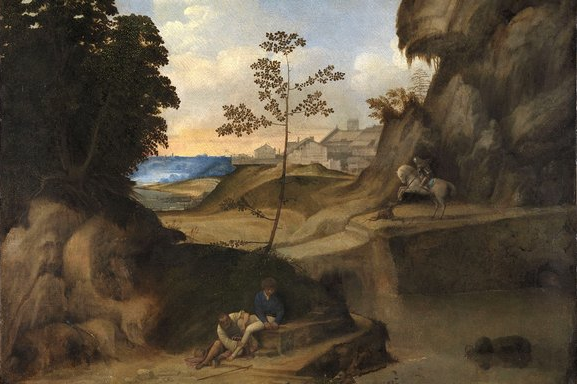 The issues begin in the opening room, devoted to the new type of portrait Giorgione is said to have introduced to Venice. Under the influence of Albrecht Dürer, who worked briefly in La Serenissima in 1505-07, he is said to have pioneered portraiture with a psychological dimension: pictures that involve you with the Venetian mind.

It’s certainly true of the so-called Terris Portrait, one of only two surviving Giorgiones that remain inscribed and dated on the back: “Zorzi di Castelfranco, 1506.” A face emerges from the gloom and fixes us with a stare so tangible, it leaps the centuries and locks us in a mental embrace. We feel the thoughts of this unknown Venetian man. And Giorgione’s Dürer-inspired realism makes something utterly convincing of his five o’clock shadow and scruffy wisps of hair. This is marvellously involving portraiture. It makes the case strongly for Giorgione’s impact.

Yet a few pictures along, on the same wall, we have another well-documented Giorgione, the so-called Giustiniani Portrait, which is surely by another hand. A standard pose. No intensity. Weak modelling. It is said to be an earlier work, but, compared with the Terris Portrait, is not the same painter.

These sorts of confusion prevail for the entire show. In its understandable effort to gather as many rare Giorgiones as possible, the RA has come up with a mixed bag of possibilities from which no tangible sense of his true identity can emerge.

In the second room of portraits, the strange painting of St George holding up his sword has an aggressive baroque mood that seems to have nothing Giorgionesque about it, while the marvellous and moody young man in black, holding his hand to his heart, is a simmering piece of twilit Romanticism that looks eminently Giorgionesque, but also Titianesque, and Carianiesque. The most likely Giorgione of all, the marvellous Archer, from Edinburgh, is merely “attributed to”, when it looks a certainty.

These authentification games are so plentiful that they get in the way of the show’s journey and muddy its points. The exhibits keep forcing us to decide: is it him or not? Instead of understanding Giorgione’s impact, we are confused at every step by his haziness.

Portraiture is just one of the fields in which Giorgione’s example was transformative. More celebrated still is his influence on landscape art. He’s credited with being the inventor of that delightful Venetian mood, characterised by dreamy settings and mysterious narratives, known as “poesie”.

The most celebrated — and most secure — example of this is the famous Tempest, in the Accademia gallery in Venice, which cannot travel. So here it is left to the National Gallery’s lovely landscape with St George — Il Tramonto, as it’s called — to evoke the revolutionary Giorgione mood. Lovely as it is, Il Tramonto is not a game-changing picture. Thus, Giorgione’s huge influence on Venetian landscape art is explained, but not proved.

It is left to other artists to impress. Having shone in the portraiture section with his gripping likeness of the big-nosed, high-cheeked Burkhard of Speyer, Dürer lights up the landscapes as well, with a stunning little watercolour of a ruined mill on a hill. Say what you like about Dürer and his showy monogram, but at least it ensures you know who you are dealing with.

Among the less familiar figures, the undervalued Giovanni Cariani also emerges with meat on his bone. He is usually the makeweight in Venetian shows, but here, in his portraits and his religious scenes, he is recognised as an artist who learnt Giorgione’s poetic lessons perfectly, then hardened them up with sex and psychology. Cariani’s Judith with the severed head of Holofernes is unexpectedly violent and dark. His St Agatha is a smouldering triumph of sly religious eroticism.

Although Giorgione wasn’t really known for his religious art, it is in the religious stretches that this show grows most impressive. The putative Giorgione from Oxford, the so-called Tallard Madonna, is the most beautiful of all the presumed Giorgiones gathered here, and looks a pretty safe attribution to me.

But the star of the event is Titian, whose early art is so closely entwined with Giorgione’s that we will never properly tell them apart, but who went on to work on a big religious scale that gives his visions a physical drama Giorgione’s never had.

Titian’s Christ and the Adulteress, from Glasgow, is worth the entrance fee on its own. It’s a painting that wakes up the whole show. An adulteress has been brought to Jesus, who has pronounced in her favour and declared: “Let he who is without sin cast the first stone.” A gaggle of leaning, stretching figures pushes in brusquely to argue with him.

If the case for Giorgione having revolutionised the art of his age is not fully proven at this event, the case for Titian being the overwhelming genius of Venetian art is clear and unanswerable.

In the Age of Giorgione, Royal Academy, London W1, until June 5