There is plenty to enthrall in Edinburgh’s artistic treasure hunt 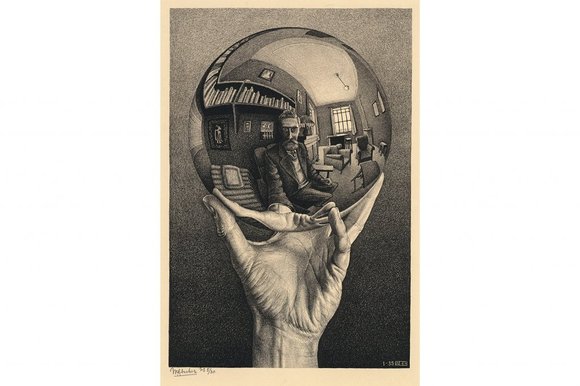 Edinburgh was once an art desert at festival time. Yes, there were alternative comedians hiding under every manhole cover, but if you were a lover of the visual arts there was little reason to go. Until 2004, when the Edinburgh Art Festival (TEAF) was founded, and everything got better.

TEAF quickly became an event with teeth. The huge advantage it had over Britain’s other art jamborees was the city itself. Looming up Scottishly on all those rocks, Edinburgh has a fabulous air of gothic unreality to it. Robert Louis Stevenson got it right when he described it as “a dream in living masonry”. The city itself is an artwork. So art feels at home here.

By scattering itself about the crannies, TEAF adds the delights of the treasure hunt to the joys of a punchy art programme. To see Hanna Tuulikki’s two-screen video installation, in which the artist dresses as an extraterrestrial ninja and makes BjÖrk-like noises at another artist, also dressed in alien whites, you need to climb a spiral staircase off the Royal Mile that appears to lead to a dungeon. To see the Mexican artist Ariel Guzik producing whale noises from a diamond-shaped bathysphere with a specially adapted zither inside (don’t ask), you need to track down Trinity Apse, a haunting church ruin sandwiched invisibly between the strata of Edinburgh’s upper layers.

The imaginative journeying TEAF forces you to undertake is especially appropriate this year because the theme is the Improbable City. Taking its cue from Italo Calvino’s marvellous 1972 novel, Invisible Cities, in which Kubla Khan meets Marco Polo and the explorer regales the emperor with impossible tales of the fabulous places he has visited, TEAF focuses, blurringly, on fictional worlds created by artists.

As always, it’s done with a mix of old and new. At the Gallery of Modern Art there’s a celebration of Mr Improbable Cities himself, MC Escher (1898-1972). It’s a show I was mildly dreading. Those of us who are old enough to remember the 1970s will feel we have had quite enough of Escher already. At that particularly grim moment in British culture when Tolkein was rediscovered and not reading Hermann Hesse’s Steppenwolf was deemed a heresy by the hippie inquisition, Escher was all the rage. Every book, every album cover, every joss stick wrapper seemed to celebrate him.

It turns out that this frantic reproduction of his work was actively misleading. The superb Escher exhibition that has opened in Edinburgh reveals him to have been an extra-special, extra-careful craftsman, who should be judged only by the things he actually made. Forget the books and album covers. See, instead, how crisp his woodcuts are, how finely placed his marks, how crazily inventive his techniques.

Escher was rare in printing his own work. He would write “eigen druk” (my own printing) at the bottom of his best pulls. It really shows. Having trained as an architect, he switched to printmaking as a student, a career path that resulted in the immediate marriage of architectural precision with dreamy romantic fantasy.

The early landscape woodcuts are stunning. Mostly made in Italy, where he moved in the 1920s from his native Holland, and often set in the night — an atmosphere to which woodcuts are well suited — they reverse the natural order of things with exquisite graphic turnarounds: looking down on soaring Italian towers from above; looking up at busy Italian villages from below.

It’s an architectural surrealism with no obvious ancestors. The show describes Escher as a “one-man movement”, and that’s right. One of his feet is in the Middle Ages, the other in the form-fracturing territory of cubism. Bosch is an influence. So is Braque. So, too, is Islamic art. The show cites a visit he made to the Alhambra in Granada as a spur for the complex visual games his images began to play with patterns and repetitions. It’s not just Islamic tilework that changed him. So, too, did Islamic architecture. The pavilions and pagodas around which his hapless humans plod so hopelessly, looking for exits that don’t exist, are also Alhambra-like in shape and mood.

Reproduced glossily in books, Escher’s impossible worlds become slick and tricky. In the flesh, with every mark a triumph of inventive printmaking, they widen your eyes with wonder.

At Inverleith House, a TEAF venue set in Edinburgh’s Botanical Gardens, the American car-crash sculptor, John Chamberlain (1927-2011), has been granted a pint-sized retrospective. Chamberlain is best known for sculptures made out of bits of shiny American automobile, crushed and welded into totems. The car parts brought an air of sexy urban contemporaneity to what was essentially old-fashioned abstract expressionism: Pollocks made of steel. They’ve held up pretty well. Their attraction is based on what we might call the Havana principle: the indestructible romance of the classic American gas-guzzler. Alas, it all goes wrong when Chamberlain tries the same trick with scuzzier materials such as sweet wrappers, aluminium foil and the polyurethane foam you find in cheap mattresses. The latter is particularly ghastly. I do, though, recommend a look at the “experimental” film playing downstairs, made by Chamberlain in the 1960s. Featuring absurd amounts of nudity and hardly ever in focus, it’s a classic of the genre.

Apparently, Mick Jagger once asked Escher to design a cover for the new Stones album. Escher refused. The same cannot be said of David Bailey, who devoted a considerable slab of the 1960s to photographing Britain’s coolest cats and catettes. Mick and Keef, John and Paul, Marianne and Chrissie, Yoko and Jean — they’re all here, disporting themselves outrageously in a huge Edinburgh selection of Bailey’s greatest hits. It ought to be ghastly: a steamrollering by stardom. But it is actually very impressive.

What Bailey has is what all photographers want to have, but very few do: the ability to spot something special in an ordinary moment. It’s achieved with a visual ruthlessness that press-gangs whatever is at hand into action. Simple tricks like getting Mario Testino to pull his flabby cheeks sideways or sticking Mick Jagger in a fur cowl. The way Bailey uses different styles, techniques, cameras to sneak up on these special moments is risky and spontaneous. This is a guy trusting his talent, and nothing else. If only there were more like him.

Back at the Improbable City theme, the clutch of contemporary artists let loose on the subject keeps turning up in unexpected places. I needed to switch on the GPS on my phone to track down the location of Emma Finn’s contribution, housed deep within a shopping mall off Leith Street. The festival map was useless.

Finn is a gifted Scottish animator who updates the stories we read as kids — Five Go to Cornwall et al — by sending impossible people on impossible adventures in impossible locations. The animation is deliberately rough and ready, a few levels below Captain Pugwash standards, but it is also notably inventive. In this instance, she gives us a tale set in the mountains involving a gang of naughty Girl Guides, who go up in a cable car and annoy the mountain so much that it erupts. The story is silly, but the animation is inspired.

Charles Avery is another Scottish artist who invents other worlds. For the past decade he’s been telling the story of a fictitious island whose capital is called Onomatopoeia and whose history is in terminal decline. As with most such dystopian visions, it’s pretty obvious that the imaginary island is intended as an oblique commentary on our own declining world. Having eradicated nature, Avery’s islanders have to make do with metal trees. Their religion is shopping. Their days consist chiefly of sitting around, smoking fags. Tracing the island’s history with drawings, installations and sculpture, Avery’s art flits restlessly from banal detail to banal detail.

As I said, the differences between the islanders’ imaginary decline and our own are minimal. At Waverley Station, one of the island’s imaginary metal trees has actually been constructed on platform 2. I had trouble spotting it. It was so banal, it looked right at home.