The RA paints a clear picture of Rubens’s legacy, but struggles to capture the master’s dazzling ambition 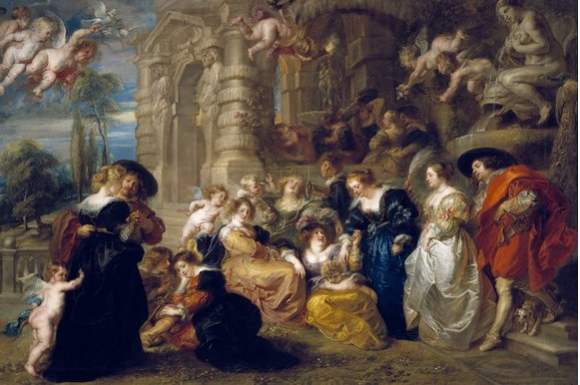 Rubens was a brilliant and fascinating artist. One of the greatest the world has seen. But I am not sure if everyone who visits Rubens and His Legacy, at the Royal Academy, will be certain of that. My suspicion is that many will not.

The problem, as so often in blockbuster situations, is the quality and quantity of the loans. Rubens may have been brilliant and fascinating, but he spoke a baroque language that communicates best in particular circumstances. Size was one of his weapons. Excitement another. Drama a third. The present display provides meagre rations of all three. It’s like going to the zoo to see a tiger, and finding a dormouse in the cage instead.

The academy is claiming that Rubens changed the course of art, which he did. To prove it, they have come up with six themes that seek to highlight specific areas of his influence: Poetry, Elegance, Power, Lust, Compassion and Violence. So it’s all a bit vague, isn’t it? Sneakily, the journey begins with some landscape paintings in a room that quickly confirms his impact on Constable, Turner and Gainsborough. It’s sneaky because landscape painting played a relatively minor role in Rubens’s career. It was something he turned to late in his life, often for his own pleasure. In England, however, landscape art is especially venerated, and few would argue with the claim that Constable and Turner are our greatest artists. So getting them in first is a cute organisational move.

Constable was obsessed with Rubens. He used to sleep under a print of Rubens’s gorgeous Landscape with Moon and Stars, which now hangs in the Courtauld Gallery. Those quick Constable brushstrokes, darting about like dragonflies, were inspired directly by Rubens’s brushstrokes. Having turned to nature late in his career, in especially relaxed circumstances, Rubens was able to leave an unusually joyous and honest vision of nature as his legacy.

Thus, the opening room proves swiftly what a crucial influence he was on English landscape art. What it could have done, and does not do, is go on to enlarge the observation. Constable, after all, was a enormous influence on the impressionists. The inclusion of some Renoir or Pissarro would have painted a bigger picture of this legacy and quickened the rhythms of a show that often feels a bit slow for Rubens.

A wonderful loan from the Prado, the extraordinary painting called The Garden of Love, dominates the room devoted to Rubens’s influence on Watteau and the fête galante. It’s extraordinary because it stars Rubens himself as a courtly lover wandering through a gorgeous garden of love, escorting his young wife, Hélène Fourment, “the most beautiful woman in Antwerp”, who plays most of the other female roles in the picture as well. I counted seven appearances, eight if you include the statue of Venus with the waters of fecundity pouring out of her breasts.

There are not many rules of classical picture-making that are not being broken here. And how interesting to see the full-blooded and confident passion of Rubens being translated into something so nervous and squeaky by Watteau. In Watteau’s fêtes galantes, the dreamy couples wondering about the garden of love seem doomed and lost. In Rubens, they can’t wait to kick off their silk kecks and start the fun.

An exciting selection of preparatory drawings for the Prado painting show Rubens perfecting a new technique for drawing with chalks, called the three-crayon technique. Watteau, alongside, was good at it too. But Rubens was first. That’s the trouble here. There may not be enough Rubens in the show, but when he does appear, he shows up everyone else.

The most obvious example is in the room devoted to his portraits. Portraiture is another British speciality. And Rubens’s greatest pupil, Van Dyck, played a critical role in disseminating his influence. But compared with the two Rubens women included here, even Van Dyck’s portraiture is made to look a tad prissy. Reynolds and Lawrence, meanwhile, are blown out of the water.

In the show’s most difficult section, the one devoted to Power, the curators are on a hiding to nothing. Politically, Rubens was the most influential artist there has ever been. Employed as a diplomat by the rulers of the Spanish Netherlands, he used his art to worm his way into positions of influence and change the course of European history. The great pictorial cycles he painted for Marie de Medici in Paris, or Charles I in London, were part of that process. But they are impossible to move. So all we get in the show’s central space is a video, and some paltry attempts at political allegory by Le Brun, Verrio, Laguerre. It’s like trying to evoke the impact of Everest with a teaspoon of salt.

And so it goes on. The show makes plenty of right moves in identifying the big areas of Rubens’s legacy, but falls short, too often, in exemplifying them. His religious art, which his contemporaries would have seen as his greatest achievement, is represented by a lovely Lamentation that influenced Rembrandt, Delacroix and Van Gogh. Yet the huge extent of this influence feels largely unconveyed.

Even Violence, a Rubensian speciality, represented here by a large Lion Hunt, isn’t as convincing as it should be. Rubens’s scenes of fighting and tumult are some of the most exciting images of the baroque age. But they depend on a sense of picture-wide writhing — on the skilled orchestration of huge numbers of bodies; biting, gouging, stabbing — and that is something the current selection seems too polite to present.

Lust is initially more successful. It begins with one of the many old men in Rubens (a hermit) who gawp and salivate at the sight of a naked woman (Angelica). The old hermit has given her a powerful sleeping drug and is now lifting her veil to examine her enticing nudity. On the surrounding walls, Rembrandt, Renoir, Cézanne and Daumier queue up to follow Rubens’s naughty lead. Although Rubens did not invent voyeurism, he did turn it into a particularly tactile and tricky subject for art. The show notices this contribution, but oh so timidly. Surely the voyeuristic side of Picasso could and should have been exemplified by something more meaty than a small print from the Vollard Suite?

Until now, the event’s greatest failing has been the shortage of genuine Rubensian thrills. Too much here needs to be taken on trust: the force of Rubens’s passion, the size of his ambition, the brilliance of his paintwork. Thank heavens, therefore, that someone had the foresight to invite Jenny Saville to conclude the proceedings with a selection of modern artists whose work has also been influenced by Rubens. Suddenly, all the show’s wrongs are righted.

As a painter, Saville understands immediately that Rubens’s greatness is centred on his visceral impact. Her selection includes big painterly bodies by de Kooning, a twisted figure by Bacon, a porky reclining nude by Freud, a couple of proper Picasso women. In a show starved of great loans, we are suddenly surrounded by them — and by superb moments of instinctive insight.

The inclusion of Two Fried Eggs and a Kebab, that fiercely accusatory yet weirdly celebratory evocation of the female body by Sarah Lucas, seems immediately to say something true about Rubens’s attitude to dirty sex. These are the insights of a painter, not a curator. So they get to the point quickly. And have the effect of elevating the entire display.

Rubens and His Legacy, Royal Academy, London W1, until Apr 10