The Hayward’s tries for a new take on the old story of urban alienation, but its egotism gets in the way 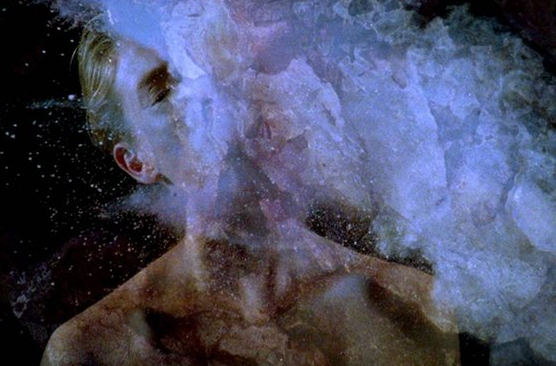 Mirrorcity is, unfortunately, a theme show. I say “unfortunately” because no area of contemporary exhibition-making is as likely to result in narcissism and confusion as the theme show. Assembled by contemporary curators out of unstable sets of connections between diverse artworks, theme shows are games of aesthetic snap that tell us more about the curators than they do about the artists. And since curators are the managers of contemporary culture, the David Brents, their theme shows are particularly prone to the tics that characterise a management culture — a fondness for management speak, a taste for flip-chart aesthetics, a reliance on audiovisual mumbo jumbo. Mirrorcity at the Hayward Gallery is a classic example.

The theme here is what used to be called alienation — the loosening of bonds and certainties that characterises life in the modern city. In this case, specifically in London. “Thanks to our increasing dependence on the internet,” explains the paperwork for this selection of work by 24 London-based artists, “much of our life can now be said to take place between two realms: the virtual and the physical.” So, yes, it’s that old chestnut: a theme show about the blurred territory that lies between “reality” and its digital doppelganger. Yawn. In my long career as an art critic, I have never encountered a theme show about affording a flat in London or finding the money to pay for your winter heating if you are a pensioner, but I’ve lost count of the number of times I’ve plodded through displays devoted to interstitial states in the modern city.

Mirrorcity actually begins rather well. Outside the Hayward, a blue VW van, parked outrageously on the terrace of the Southbank, turns out to be the contribution of a London collective called LuckyPDF. Entitled How to Leave London, the van is an agony aunt on wheels, decorated on both sides with Confucian advice about city living. On the left, it says: “Location means everything when you’re stuck in it.” On the right: “Location means nothing when you surpass it.”

This use of chippy one-liners to encapsulate a conceptual dilemma is a much-loved contemporary-art strategy. And the work’s essential message — that location is a state of mind — is hardly revelatory. But when it comes to symbolising the urban urge to get away from it all, it’s hard to beat a battered VW van. And the chippy mood of the messages proves to be a welcome relief from the thick gruel of identity politics served up by most of the exhibitors inside. By making London its focus, Mirrorcity introduces site-specific issues to its run-of-the-mill curatorial theme. In particular, the show’s cast successfully emphasises the international make-up of London’s artistic community. A significant proportion of the exhibitors were born elsewhere: Susan Hiller in Florida, Ursula Mayer in Austria, Pil and Galia Kollectiv in Israel, Laure Prouvost in France, Aura Satz in Spain, Daniel Sinsel in Germany. Their work often feels tangibly foreign and displays a matching anxiety about belonging.

Hiller, whose work I encountered when I myself first came to London, and who is currently enjoying an unexpected reheat as the art of today becomes increasingly indistinguishable from the art of the 1970s, is a displaced molecule of long standing who takes us on a search for origins that leads all the way back to the Big Bang. Using what we are told are actual radio emissions from the Big Bang, Hiller has transcribed the sounds into clouds of psychedelic colour throbbing on a giant screen. The haunting whispers you hear in the gallery are the memories of people describing paranormal experiences. Thus the piece sets out to seep, rather than crash, into your consciousness as it questions the solidity of what we call reality. If you like lava lamps, you’ll like this.

The immigrant’s sense of displacement is a feature, too, of Prouvost’s work. Her contribution is basically a rerun of the installation with which she won the Turner prize last year. Once again, she immerses us in the life and textures of her imagined French grandfather — a conceptual artist who was a friend of Kurt Schwitters. By re-creating the cluttered studio in which he would have worked, had he been real, Prouvost constructs a parallel reality in which her French artistic memories can feel at home. If you’ve ever had an imaginary friend, you may perhaps find space in your heart for Prouvost’s imaginary grandad.

At least Prouvost’s old-timer fantasy has some kooky Gallic charm to it. Lindsay Seers, who was born in Mauritius, gives us a giant video installation, set inside the hull of an upturned boat, that is probably the most bombastic display of identity politics I have so far encountered. Portentously entitled Nowhere Less Now and apparently inspired by a photo she found of an old uncle of hers dressed in a naval uniform, this monstrous slab of pretend family history turns a small photographic memory into a narcissistic video odyssey, on two screens, that roams hither and thither across the vast oceans of the artist’s sense of self.

Somewhere along the journey, it turns out that Seers loves to dance. To undo all the evil in the world — and particularly the evil perpetrated by Hitler — she yearns, she says, to perform a special dance for us. No thanks. It is not one of Mirrorcity’s ambitions to underline how the unfixed nature of modern city living turns contemporary artists into giant narcissists, but that is certainly a point the event keeps making.

What a relief to get away from all this ponderous autobiography — real and imagined — and to confront some witty encapsulation in the collages of John Stezaker. Using atmospheric film stills from the 1950s, Stezaker splices together different cinematic moments, from different movies, to create eerie hybrids that replace the friendly moods of the 1950s with a disquieting sense of fracture.

Upstairs at the Hayward, Anne Hardy has created one of those behind-the-scenes installations that you wander through, gingerly, like a trespasser who has broken into a building site at night. Inside, lying around in the gloom, are some mysterious concrete blocks — whatever was going on in here has never been completed. At last, a proper insight into the perpetually unfinished state of the modern city.