It’s taken five years, £42m and the sacking of a director, but the revamped Musée Picasso, in Paris, gives the artist’s work the setting it deserves 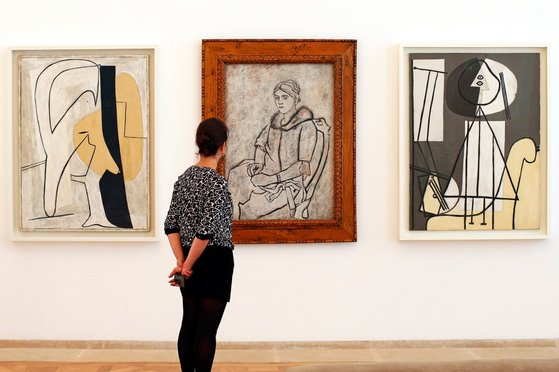 Picasso possessed two types of genius. The first was, of course, for making art. His hands had magic in them. They could pick up some rusty bicycle parts and turn them into a bull, or position a dozen misshapen blobs on a canvas with such intuitive precision that they formed the immediate image of a pair of lovers on a beach, going at it really hard.

His second genius, alas, was a genius for strife. If you sealed Picasso in a vacuum, he would still have found a way to cause one set of atoms to attack another. The most obvious example of this talent for chaos was his failure to leave a will, an act of familial cruelty guaranteed to trigger catastrophic fallouts among his heirs. Which it duly did. All the Picasso Wags and their offspring were funnelled into acrimony. Pablito, his grandson by his first marriage, to the Russian ballerina Olga Khokhlova, brought the process to a ghastly crescendo when he drank a bottle of bleach after being banned from his grandfather’s funeral in 1973. It took him three months to die.

And it wasn’t just the Picasso Wags and their offspring who were affected. The institutions charged with protecting the Picasso inheritance have been similarly blighted, as recent events at the Musée Picasso, in Paris, have made wickedly clear. In case you missed the shenanigans, they began in 2009, when the museum — housed in a lovely 17th-century mansion in the Marais — closed for a revamp that was supposed to last two years. Unfortunately, it failed to reopen in 2011. And 2012. And 2013.

The budget, too, was spiralling. Having initially been set at £26m, by this summer it had jumped to £42m. In May, with the overruns and the overspends passing the limits of ridiculousness, the then French minister of culture, Aurélie Filippetti, took the extraordinary step of firing the Musée Picasso’s long-standing director, Anne Baldassari, citing Baldassari’s inability to delegate, and the complaints received from museum staff about her high-handedness, as the reasons. With just weeks to go before its reopening, the Musée Picasso had no one at the helm.

Knowing all this, reader, I Eurostarred myself over to Paris last week for a special journalists’ preview of the new museum expecting to encounter an unhinged institution trapped in a cycle of recrimination and chaos. Instead, I found a gloriously rethought Picasso experience in which his story is excitingly and inventively told, and his artistic genius forensically clear. The old Musée Picasso was a marvellous place to visit. This one is better. 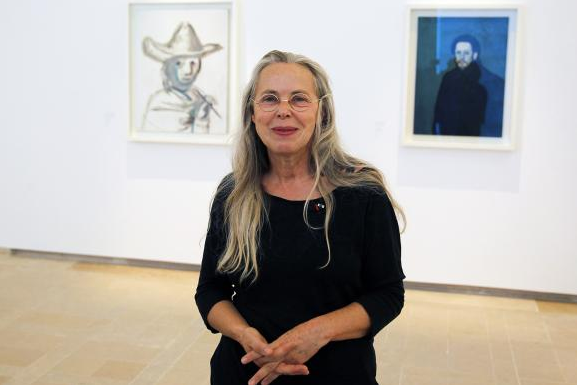 Apparently, Baldassari was let back in to complete the opening hang. This, then, is her handiwork. Mercifully, and unexpectedly, the journey she has created for us is essentially chronological. As the inventors of the circuitous theme hang, French curators have much to answer for in modern museum history, but here we start at the beginning and end at the end, with just a handful of enlargements along the way.

After a brief introduction to the earliest Picasso — the Picasso who arrived in Paris in 1900 from Barcelona, in his late teens, determined to gobble up every modern French influence going — we are confronted by a pulsing room of self-portraits, painted and sculpted, which fast-forward us cleverly through the huge career ahead. First a blue-period Picasso. Then a pink one. Then a cubist one. Then Picasso the harlequin, who always gets the girl. Then the sinister surrealist silhouette, spying on his women. Finally, there’s Picasso the leering and lecherous cavalier, a ridiculous old rogue in his dotage, betraying far more bitter self-knowledge than is usually suspected of him. It’s a brilliant artistic cycle, not only because it broadcasts immediately how many stylistic hops there were in Picasso’s career, but also because it positions the man himself so forcefully at the centre of this particular collection of his work.

The Musée Picasso is a highly personal selection. It was created from donations in lieu of tax by his heirs, notably his second wife, Jacqueline Roque, who resisted enormous family pressure to divvy up the goodies in the 1980s and left them instead to the French nation. Jacqueline’s fine act of cultural generosity gave Paris one of its best museums. And because these are the artworks that Picasso kept for himself — things he deliberately did not sell — they have an especially private aspect to them.

By following a broad chronology, the new journey manages to feel gracefully complete as it decants you from one Picasso style to the next. But there are some missing bits. The blue period, for instance, is thin. At the beginning of his career in Paris, Picasso was so poor, he sold everything he could. He did, however, keep the portrait of his best friend, Casagemas, on his deathbed in 1901, with a Van Gogh-like candle throwing a halo of thick painterly sparks around his head. Having seduced Casagemas’s Parisian love interest, Germaine, Picasso felt personally responsible for his friend’s suicide. That’s the kind of work you get in this museum. 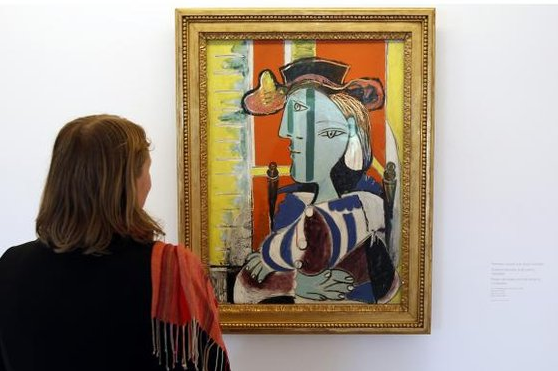 Cubism, though hugely important in the story of modern art, was not as heftily loaded with personal implications as other Picasso eras, so it, too, is only quietly present. Surrealism, on the other hand, the most loaded of all Picasso’s many styles, gives this journey its biggest moments. The Musée Picasso is overflowingly rich in depictions of Picasso’s most tangible mistress, the fleshy and Rubensian Marie-Thérèse Walter. They met outside a Parisian department store in 1927, when she was still in her teens, and for the next decade and a half, Picasso would inveigle her surrealistically into his art under the nose of his unfortunate wife, Olga.

Those orgiastic lumps of flesh entwined on the beach, tongues clashing like sabres, are Marie-Thérèse and Picasso making love in the sand. That ripe bowl of fruit with the two prominent melons — that’s her as well. And, in this display’s single most dramatic confrontation, a ring of happy and sunny Marie-Thérèses is interrupted by a screaming harpy with flailing arms in the darkly violent Large Nude in a Red Armchair. That’s a surrealistic portrayal of Olga.

Elsewhere, Baldassari makes up for those areas where the holdings are thin with some rousing installations. A dark, wood-lined room that survives from the old mansion is the setting for a cluster of doomy works painted and sculpted during the Second World War. The blurring of paintings and sculptures works well throughout the building. I also liked the creative use to which the overspill is put in those areas where the Musée Picasso is overstocked. 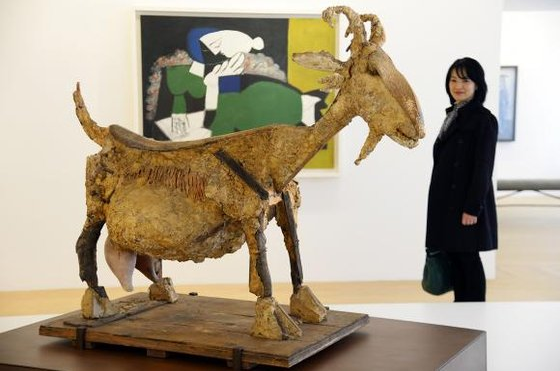 Downstairs, the squalid basements of old have been turned into a set of imposing gothic galleries that now house a display devoted to Picasso’s noisy children and the wonderful things he made for them. Up in the roof, under the eaves, there’s a show within a show prompted by Picasso’s own collection of art by other masters. I was particularly surprised by Degas’s explicit brothel scenes and Picasso’s hilarious responses to them.

Baldassari made her name as an archivist, so she is particularly knowledgeable about the vast paper holdings that came with the Picasso bequest: photos, prints, little things drawn on scraps. Because it has substantially more display space than the old museum, the new one is able to show more of everything in the new galleries carved out of the basements and attics. The result is a museum that keeps giving. Every time you go round a corner, something else looms up.

With so much that is new on show, the enlarged and reimagined spaces have gained an archival air that appears initially to dispel some of the raw power of Picasso’s art. The old museum was a mess, but the disorder seemed to suit it. Everything now is white and pristine, carefully considered and positioned. However, once some of this glaring new whiteness has faded, the power will surely loom again.

And you can certainly see where the money went — on achieving perfection. I imagine that is where the time went, as well. It is no more than Picasso deserves. All in all, a magnificent achievement. Instead of sacking Baldassari, they should have given her the Légion d’Honneur.