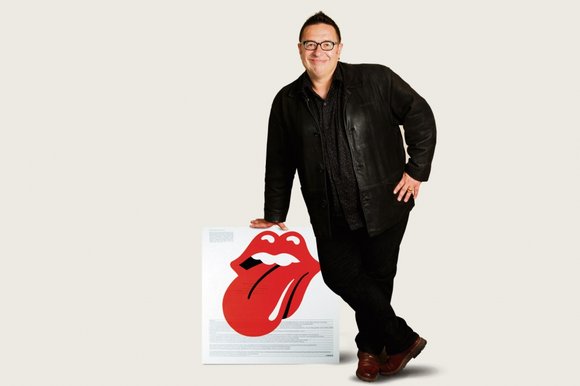 Genetically, I was never cut out to be a Rolling Stones fan. When God made me, he had other plans. My thighs, for instance, were never designed to squeeze into those tiny pairs of purple hipsters favoured by Brian Jones in his fur-coat era. My thighs were designed to carry trees up hills. Put them in purple satin and within minutes of their incarceration they would burst out through the seams, usually at the crotch. Fortunately, my mum had taught me how to sew, and no rip or severance was ever too severe for me not to have a go at patching. Granted, the heavily patched crotch wasn’t a great Sixties look, but at least it gave me the freedom to express myself on the dancefloor when Mother’s Little Helper came on.

My wrists were notably solid too. No matter how violently I flapped them when I danced to Satisfaction, I could never get that dismissive flick that Jagger had perfected as his trademark. Mick looked as if he was waving goodbye from a speedboat to a chick he’d spent time with in Monaco. I looked as if I was herding pigs into a sty in Gdansk. Physically, the Rolling Stones and I were an almighty clash. Emotionally, we were locked into a clinch that has lasted all of my adult life.

The other night at the O2 arena, when Get Off >of< My Cloud came on, my sturdy old wrists were calling in the pigs by the second note. And when Keef wound up those first stuttering power chords of my mum’s favourite Stones song, The Last Time, my tree-carrying thighs propelled me instantly upwards towards the roof of Richard Rogers’s gloriously reborn celestial dome. I should add that both my angelic teenage daughters were by my side, jumping higher than me. This isn’t some mono-generational dad sadness I’m describing here. These are musical thrills that drill through the generations and traverse time.

Of course, as a teenager growing up in the Sixties you had no sense that you were living through the coolest decade there has ever been. That only became clear later. In my case, the fabness of my teen years — the clothes, the music, the national mood — was something I began to suspect a couple of months into the Seventies. I’m not saying the Seventies were relentlessly bad. There was always reggae to fall back on and Bowie. But if you didn’t like American folk rock, which I didn’t, having developed an early allergy to the Eagles and all those other High Plains whiners who began dominating the turntables when I reached university age, you did feel left out. I did all the usual Seventies things. I grew my hair past my shoulders. Wore a boiler suit. Began the decade in extra-wide flares. But my heart wasn’t into it in the way it had been into the Sixties.

Weirdly, I never developed any kind of keenness, either, for heavy metal. On paper it owes a lot to the example of the Stones, with their big riffs and their showy satanic worship. But the Stones had something that heavy metal didn’t: elegance. They weren’t all Keef with his bandanas and his silver skull rings. They were also Mick and Brian, prancing about Carnaby Street in velvet hipsters and frilly white shirts. No frontman in a heavy metal band would ever have turned up at Hyde Park in 1967 wearing that ridiculous white dress that Jagger sported for the occasion. It takes big and elegant balls to look as girlie as that.

Because of the size of my thighs, and the Baltic circumference of my waistband, I could never pull off any of the Stones’s signature looks. But I could and did fight for the one inviolate right that distinguishes every true believer in the Rolling Stones: the right to wear your hair long. Today, every snotty kid you pass in Camden, north London, is still trying to look like Jagger strutting through Chelsea with Marianne Faithfull in 1967. They merrily copy Mick’s floppy locks and no one gives a damn. But back in the Sixties they gave a damn all right. Particularly in the Polish boarding school to which I was sent in Henley-on-Thames. The priests who ran it were not the ones who did the actual hacking. Instead, they sent the cruellest of their lackeys, a lay brother armed with electric shears developed, I imagine, for scalping Polish mountain goats. These terrible shears didn’t cut hair, they pulled it out by the roots.

Once a fortnight the shearing sadist would be unleashed on us boys and once a fortnight a terrible screaming, wailing and gnashing of teeth would echo through the farmlands that surrounded my boarding school. It took me five years to pluck up the nerve to put an end to this torture but finally I found the courage, reached down to the Rolling Stone within, sneaked one last listen to It’s All Over Now and blew up the school’s electricity circuit by inserting a compass into it. They expelled me, of course. Free at last.

Which is why the Stones can still fill the O2 many times over with 50 shades of grey, one for every year of their rebellious example. (I’m talking hair colour here, not clothes. Clothes-wise, black was de rigueur at the O2.) When the Stones unleashed themselves on the pop world and announced to every chick who was listening that they wanted to be her man, they tapped into something cosmic and universal. This isn’t a musical fad we’re talking about here. This is the great divide that runs through the centre of humanity like the Berlin Wall. You’re either in God’s party or the Devil’s. Either a classicist or a romantic. Either a Roundhead or a Cavalier. Either the Beatles are your thing, in which case you’re welcome to listen to Michelle and Octopus’s Garden till you’re 64 and over, or it’s the Rolling Stones.

It was my sister who first put me in touch with my inner Keef. She was the one with the portable Dansette record player who could afford the 45s. She worked at the Huntley & Palmers biscuit factory in Reading, as a comptometer operator, and bore an often-noticed resemblance to Dusty Springfield. She wore panda mascara and liked to put up her hair in what I believe was called a “French roll” — like a beehive, but less baroque. A pioneering wearer of the miniskirt, my sister, Maria, had a soft taste in music (Billy J Kramer, late Elvis) and a hard taste in blokes, who would turn up at our house on motorbikes and roar off into the Caversham night with Maria clinging on for dear life at the back.

Motorbikes, I realised then, were the post-war British equivalent of Sir Lancelot’s horse. If I were a damsel in this dress and some helmeted hero turned up at my castle atop a rearing black steed, I’m sure I would have climbed onto the saddle with him. When I reached motorbike-driving age myself, I desperately wanted to be the leader of the pack, but somewhere in the post-war chaos of being a Polish refugee I managed to miss out on the crucial interstitial stage of learning how to ride an ordinary bike.

So the Bonneville was always out. Until my sister came back from the biscuit factory one Friday with a copy of Not Fade Away. At the time I didn’t know it was actually a Buddy Holly cover. Or that Buddy had stolen the beat from Bo. All that mattered was the insistence of those maracas that Jagger was wielding. And that riff. That glorious, stuttering, stirring, Keef riff: “I’m a-gonna tell you how it’s a-gonna be. You’re a-gonna give your love to me.”

No hellos, no pleases, no thank yous. Just caveman talk, of a particularly unreconstructed directness. The Beatles were droning on about wanting to hold a girl’s hand, but I wanted to hold a whole lot more than that. I was 12 years old, for Christ’s sake. Greedy for corruption. And totally, utterly ready for that motorbike ride.

So that was me done for. From then until now I have bought every record the Stones have ever released. Every single, EP, album, double album and box set. Also, quite a few recordings that were never released but which were flogged to me after the show by some whispering cat standing in the shadows. Actually, the scratchy bootlegs are among my favourites. They teach an important lesson. In life you can’t always get what you want. But if you’re not scared of dark alleys, you’ll usually get what you need.