Waldemar on the, Hollywood Costume exhibition, at the V&A 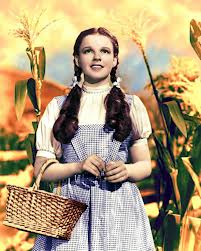 Featuring as many eye-popping costumes as a Busby Berkeley musical, and busting as many sexy moves as Travolta in Saturday Night Fever, Hollywood Costume, at the V&A, is the movie show of the year. It’s as enticing as Cate Blanchett in Elizabeth — although that might be a personal thing — and as carefully plotted as a Hitchcock script. “Don’t miss it!” say I, in this article.

Before we plunge properly into the exhibition’s pleasures, we need to do what they do in Bond movies and begin with an action flashback. The fact is, in the past, the only thing the V&A was consistently good at was cocking things up. This, remember, was the collection that once made every toe in the nation curl by bringing in Brian Sewell to tell us that here was “an ace caff, with a nice museum attached”. And in 1997, it successfully halved its visitor numbers by introducing museum charges.

All that changed in 2001, with the appointment of Mark Jones as director. Finally, the V&A had someone at the head who was neither a popinjay nor a klutz. Jones reorganised the spaces, restored the building, found a route through the chaos. His most important achievement, however, was the discovery of an identity for the V&A that connected it firmly to the modern world. A marvellous series of “Style” exhibitions talked us through the main looks of modernity. And some telling shows lifted fashion to a serious creative height.

However, these successful fashion displays brought danger with them, too. As the V&A edged further and further away from the Donatellos in its basement and the ­Constable sketches in its attic, it tiptoed ever closer to the devil’s domain of celebrity culture. Jones’s departure in 2011 left the museum’s identity on a knife edge. Would it, could it, continue to maintain a proper museum distance from the commercial world it was now seeking to comment on?

I admit I feared the worst for Hollywood Costume. Here was a horribly ample opportunity for product placement, commercial tie-ins and demeaning celebrity pop-ins. What a relief to find instead a conspicuously intelligent display, with a revealing story to tell. Like most visitors to the show, I have never previously thought much about Hollywood costumes. We know there are large departments in the studios devoted to them, but most visitors to this event will surely be surprised by the wide-ranging filmic influence that costume designers actually wield.

Travolta’s white suit for Saturday Night Fever turns out to have been forced on the actor by the film’s designer, Patrizia von Brandenstein, who explains that “heroes from Sir Lancelot to Tom Mix wore white in the great contests to express purity and single-minded devotion to the task at hand”. Travolta had imagined his suit for the dance final would be black. The film historian Robert McKee presents a series of seminars on scriptwriting in which he stresses the importance of a three-part development in the structure of a plot, and this exhibition adopts exactly such a structure. The first part, called Deconstruction, sets out to count the ­number of ways in which a costume can influence a film. Who would have thought that the shapeless grey anorak Matt Damon sports in the Jason Bourne roles was so carefully created, and that it set out so deliberately to achieve a cinematic facelessness? The whole point of Bourne’s look, it turns out, was not to stand out in the crowd.

The origins of Indiana Jones’s immediately recognisable get-up, on the other hand — part African explorer, part Second World War ace — can be traced back to a funny little stick man in a hat drawn by Steven Spielberg. It was the film’s designer, Deborah Nadoolman Landis, who came up with the flying jacket and the bullwhip. Interestingly, the hat, bought in London, needed to be carefully adjusted for Harrison Ford. Its crown was reduced to flatter his outline, and its brim was made ­narrower so his face could be filmed more easily.

This is fascinating stuff. Costume designers clearly have a lot to get off their chests. Not only does this show argue fiercely for their significance, it sets about proving it in immense detail, across a spectacular range of exhibits. I set myself the task of trying to think of an iconic Hollywood film costume that was not on show in the display ahead, and failed. Nadoolman Landis, who is the lead curator of the show, and is married to the film director John Landis, clearly has an address book to die for.

Parts of the display duly feel more like religious relics than Hollywood costumes. The billowing white dress Marilyn Monroe wore to step onto an air vent in The Seven Year Itch is unremarkable in the flesh, but you still find yourself shoving people out of the way to see it. Monroe turns out to have been unusual in not bothering much about what she wore, as long as it “revealed” a bit of her.

All this is presented in a clever display that tries to make you feel as if you are on the set, rather than in the crowd. Instead of captions on walls, the information is presented here on script stands. It’s all bathed in twilight, so the mood is thoughtful and the joins don’t show. Instead of dummies wearing the costumes, we get inch-perfect re-creations of the actors’ bodies, topped off with videos of their faces. All the men seem noticeably short, especially Daniel Craig in his Bond tux, with the exception of the strapping Sacha Baron Cohen as Borat. A particularly inventive touch is the series of insightful dialogues in which video versions of Robert De Niro and Meryl Streep talk to us about the importance of costumes. When one avatar speaks, the other pauses helpfully to listen, an effect achieved with the use of Yentobs, or noddies, as they used to be called.

Part two, Dialogue, illuminates the relationship between directors and costume designers. Thus, we get a fascinating video discussion between Tippi Hedren, the typically blonde female star of The Birds, and the film’s designer, Edith Head, who explains how carefully Hitchcock chose the green woollen outfit in which Hedren is forced to spend 99% of the film. Chaplin’s little tramp costume, meanwhile, was carefully assembled from various second-hand sources by the star himself. The really interesting detail was his moustache, which Chaplin only introduced as an afterthought when Mack Sennett advised him to look older.

When silent movies turned into talkies, the need emerged not only to shape and clothe the characters, but to find somewhere to place the microphones. And when Technicolor arrived, the poor costume designer needed also to consider the impact of specific film hues. The scarlet shoes that Dorothy wore in The Wizard of Oz — about which the exhibition makes something of a luvvie fuss, as they have to be sent back to America in time for Thanksgiving — turn out to be deep burgundy in colour, a tone chosen specially for Technicolor.

Packed with this kind of forensic detail, the entire event is a cry for recognition of the costume designer’s role. Part three, Finale, makes a stab at a huge showbiz ending with a parade of the most famous costumes in film history. It turns out to be the least revealing section of the show. The only point is to stop and gawp. There’s the little black dress, designed by Givenchy, that Audrey Hepburn wore in Breakfast at Tiffany’s. There’s the rest of Dorothy’s costume from The Wizard of Oz. There’s the white outfit in which Sharon Stone crossed her knees in Basic Instinct. Even the famous absence of her underwear, it seems, needed to be carefully designed.