The Turner prize is now establishment art, even though it has moved out of London and includes painting 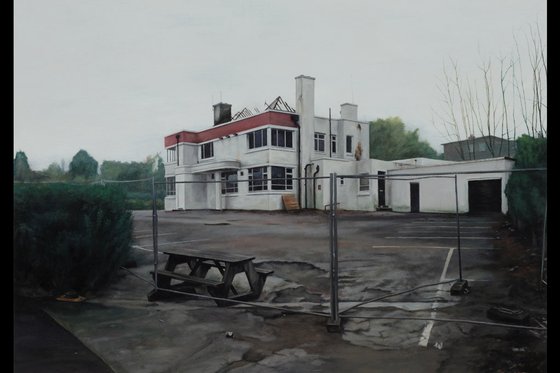 I am in two minds about the transfer of the Turner prize this year from London to Gateshead. The advantages are obvious. The prize is going to a region of Britain that deserves more attention. Modern art’s message is spreading further afield. A national prize is looking more like a national prize. And London’s control of the nation’s culture appears to be being loosened. All these are positives. The negatives, however, are less transparent. For me, they revolve around issues of power and colonisation. It’s fine that the Baltic in Gateshead is hosting Britain’s most popular modern art award, but how much better it would have been if the Baltic had invented a popular modern art award of its own, rather than importing the Tate’s.

The move to Gateshead feels problematic for the same sorts of reason that the opening of another Tesco feels problematic. An empire is growing. A hegemony is being imposed. I have had reason before to compare the annual expansion of Tate power to 19th-century France, when the Paris salon exerted a comparable degree of national control. The salon organised the most popular exhibitions and handed out the biggest awards. It controlled the honours list and had a say in all appointments. The salon, like the Tate, made itself the arbiter of taste. As it happens, much of the Tate’s taste I share. But I would rather go to Gateshead to have it questioned than to have it confirmed. In 19th-century France, it took the arrival of the impressionists to challenge the salon. Where will our challenge begin?

None of which is to say that the 2011 Turner prize selection is a bad one. It isn’t. Each of the four contenders is thoroughly able and interesting, in a quiet and persuasive way. It’s not Gateshead’s fault that nobody in British art at the moment seems to be being driven by the meaty need to express themselves that made Mona Hatoum’s journey through her own alimentary canal such a powerful Turner moment in the past, or Damien Hirst’s full-sized divided cow. This year’s jury, made up entirely of Tate types, with no independent critic included, has come up with a quintessential Tate display: a show that is polite, delicate, smart, with something managerial about its tone: something Birtian.

George Shaw is this year’s painter. He gives us a row of morose British landscapes, all of which are views of the moribund estate near Coventry on which he grew up. Every year, Shaw returns to the estate, strolls around its surroundings and photographs their growing decrepitude. The photographs then serve as the model for a particularly melancholy strain of photorealism.

A pub Shaw used to go to is now a vandalised ruin with a fence around it. A field he used to play in has been ploughed up to make room for still more faceless housing. If you watched Shameless, you will know this gloomy British ecosystem that Shaw records: it’s Shameless without its cast. There are never any people in his paintings. You can smell the glue-sniffers, but you can’t see them. The signs say No parking, but there aren’t any cars. This town, is coming like a ghost town. Again.

To make it all worse, Shaw’s depressing suburban views have been painted with those bog-standard Humbrol enamels with which schoolboys paint their Airfix kits. The utilitarian Humbrol colours, designed for painting army camouflage, give every faceless vista some extra facelessness. All of which might be a tad too Shameless for me, were it not for a welcome note of comic surrealism that Shaw introduces with his titles. What you take to be a cheery red postbox in a quiet country lane is entitled: Landscape with Dog Shit Bin. A view of a burnt-out tree that some bored estate kids have set on fire is called The Devil Made Me Do It. Shameless is coming on like Midsomer Murders.

Martin Boyce’s art is also heavy with postmodern tristesse. And it, too, looks like one thing before becoming another. On the face of it, Boyce’s installation seems to be a tribute to classic modernist furniture and the spaces you find it in. Walking into his gallery is like walking into a show house from the Le Corbusier era. In the middle of the space stands a glamorous library table created inventively out of sharp angles, steel and neon. It turns out to be based on Jean Prouvé’s designs for a library for the Maison de l’Etudiant in Paris in 1951. A genuine Prouvé table sold at Christie’s recently for $812,500.

These are sights, then, from the heights of modernist design: the fetishistic end. The curious leaf structures arranged in grids above your head are based on four concrete trees made by Joel and Jan Martel for a modernist garden designed for the Exposition des Arts Décoratifs et Industriels Modernes in Paris in 1925. Boyce has used the leaf shapes as a template for his preferred typeface; even the modernist litter bin tucked behind a column in this display owes its angularity to the Martel trees.

None of which would be particularly interesting if it were left at that. Ever since Julian Opie began building his ersatz office environments out of Formica and steel in the 1990s, a notably dull strain of British installation art has tediously examined the inert surfaces of modernist construction. It’s a tendency that has spawned Britain’s most boring artist, Liam Gillick. Boyce, however, turns out to be something better than that. When you inspect his modernist tributes more closely, you quickly notice signs of decrepitude and human presence. The library table from the Maison de l’Etudiant is only partly a Prouvé classic, because someone has stolen half of its wooden top. The other half, meanwhile, has had letters and initials carved into it by what looks like several generations of errant étudiants with penknives.

If modernism was a utopian dream, then this quiet but moody art has set out to memorialise the disintegration of that dream. Beautifully made, carefully presented and, above all, emotionally interesting, this is Birtian art with a heart. I liked it very much and expect it to win.

Hilary Lloyd is another admirer of modern design. But her fondness appears doubt-free. Lloyd’s smart films are shown in cool spaces on perfect monitors in a display that would sit happily in a Bang & Olufsen brochure.

I preferred Karla Black’s pretty installation, in which huge billows of paper and Cellophane spread out across the room and gave it the fluffiness of a cloud. Black’s bathroom colours are created out of the actual stuff you find in bathrooms: moisturising creams, soaps, bath bombs. Just as cosmetics manufacturers use girly colours to sell cosmetics to girlies, so Black employs these same pastel shades to give your gallery-going persona a soothing bubble bath. There can only be one name for Black’s art: neo-rococo.